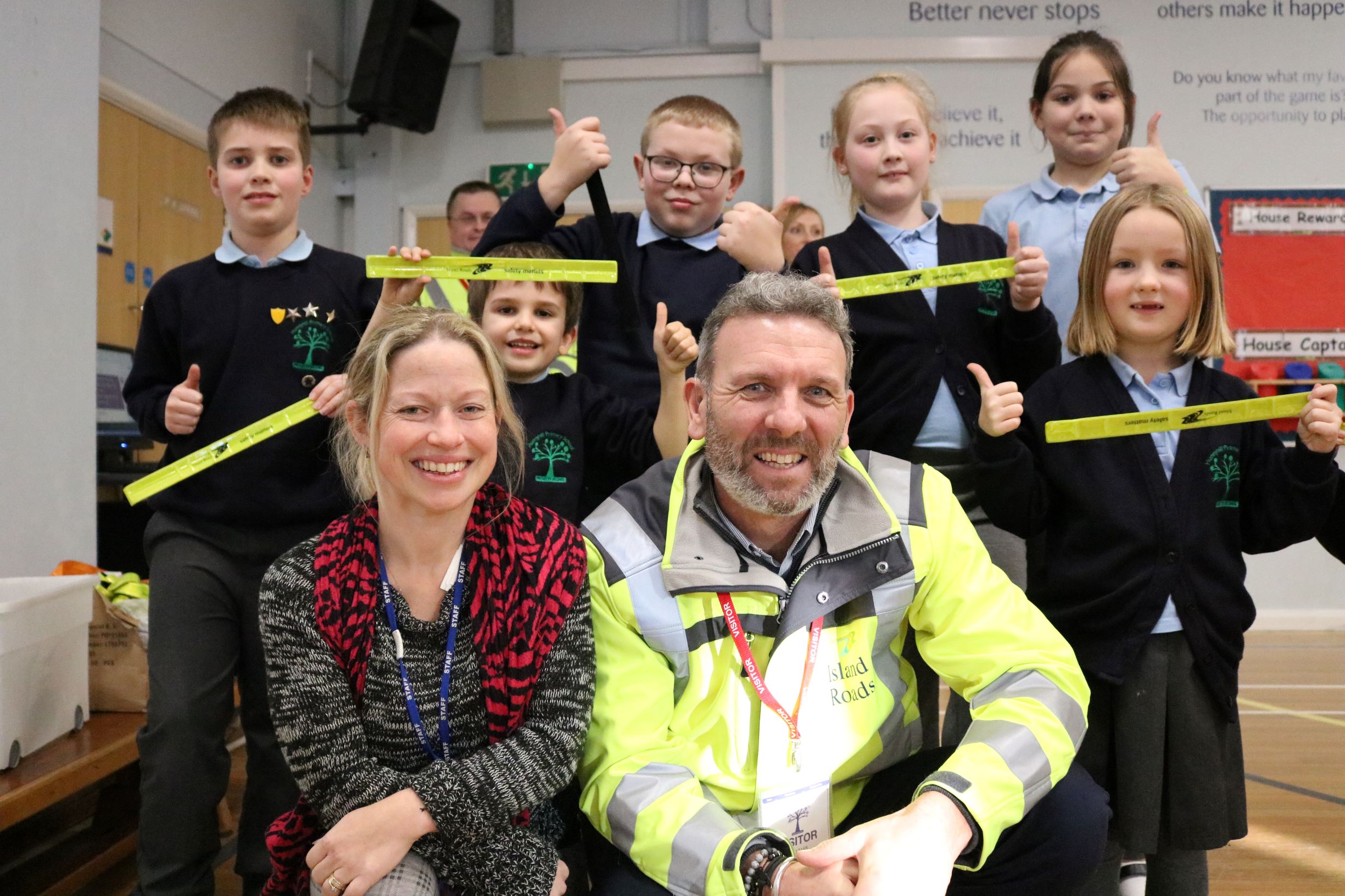 Hunnyhill primary school pupils have been given a valuable safety lesson by Island Roads staff.

All school children attended the talk on the need to take additional care near roadworks and also the importance of wearing the correct safety equipment.

The session – in front of around 350 children – ended with two teams taking part in a challenge to see who could dress their teacher up in full personal protection equipment in the quickest time. Amazingly, the challenge ended on a dead heat.

The talk was arranged by Island Roads in conjunction with the IW Council and local member Cllr Andrew Garratt as part of community engagement around the junction improvement work being undertaken at nearby St Mary’s Roundabout.

“We have undertaken extensive communications around the scheme but wanted to make sure the youngsters in the area were part of that engagement,” said Island Roads business manager Steve Ambrose who led the talk.

“And it was a pleasure to talk to the Hunnyhill pupils.  They were an enthusiastic, responsive and well-behaved audience and I hope they enjoyed learning about safety issues.”

Carol Ward-Reynolds, inclusion manager at Hunnyhill said: “With all the work going on nearby this was a very timely visit and one that we all enjoyed.

“Island Roads has already helped us create our construction zone area which is designed to encourage early years pupils to build on their personal, emotional and social skills so we are very pleased to have an ongoing relationship.

“Island Roads has agreed to come again soon and show us a gritting lorry and we look forward to welcoming them back again.”

Island Roads has developed its school talk in order to bring messages of road and personal safety to local children as well as to give them an early introduction to a career in engineering.