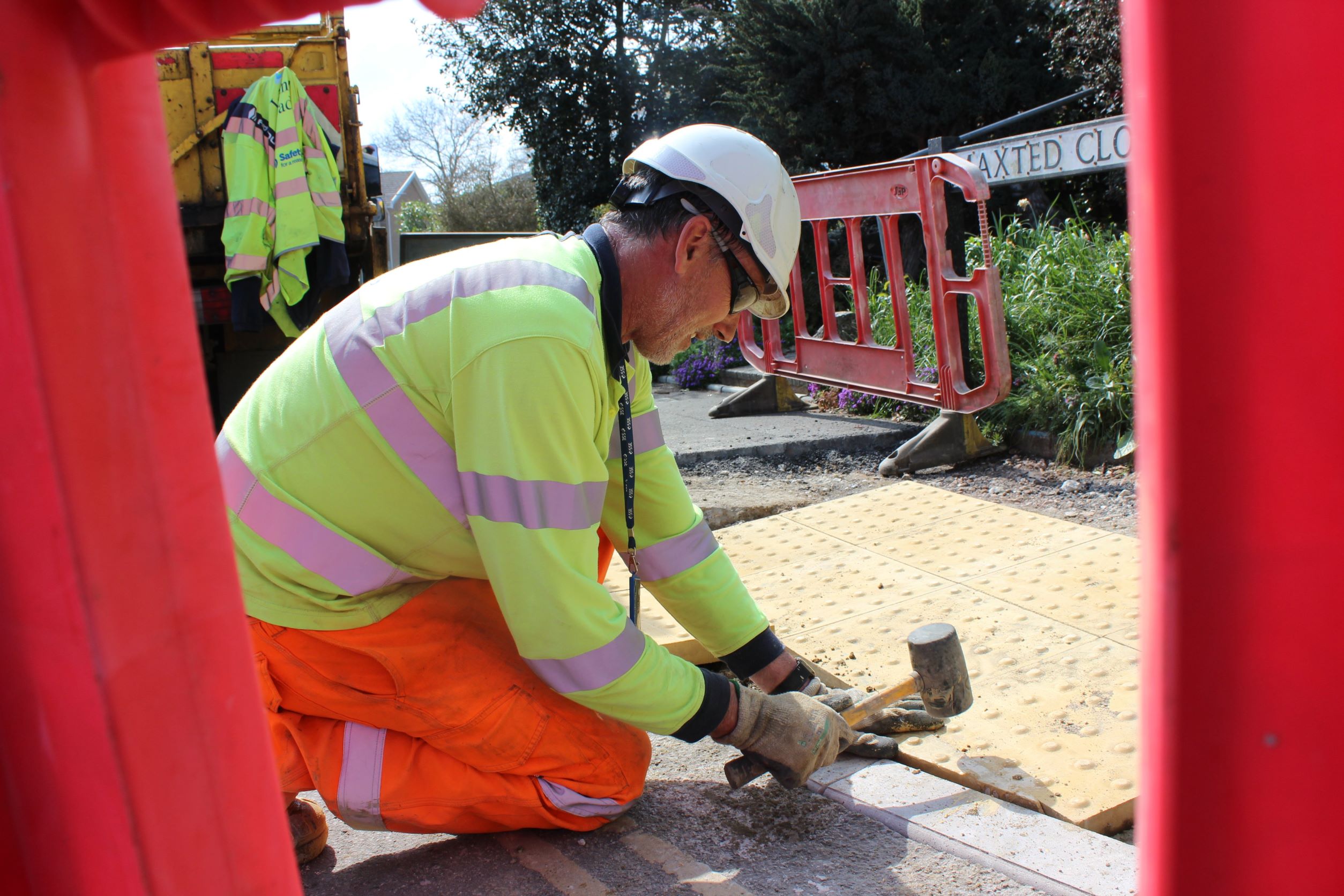 Work by the Isle of Wight Council and Island Roads to make pavements more accessible to all pedestrians is being ramped up once more.

This year’s work is in additions to more than 70 new crossing points delivered in recently both through the PFI programme and using additional money prioritised by the council to fund accessibility schemes.

Stephen Ashman, Island Roads Service director, said: “We remain in ongoing dialogue with local groups that champion the need for footways that are accessible for all and we are delighted to once again be working with the council on schemes that make a real difference to people.”

Cllr Phil Jordan, IW Council cabinet member for highways and transport said: “These tactile crossing points are used by many pedestrian groups including those with prams or who have visual impairment or mobility issues. I welcome this investment in making sure our pavements are suitable and safe for all those who use them.”

Jan Brookes, CEO of Isle Access said: “We are really pleased to see the IW Council and Island Roads continuing their commitment to improving access for many people on the Island.

“The dropped kerbs will make it easier for people to get around their communities and are a factor in preventing loneliness and isolation.”

The sites in line for the next tranche of dropped-kerb crossing points are: