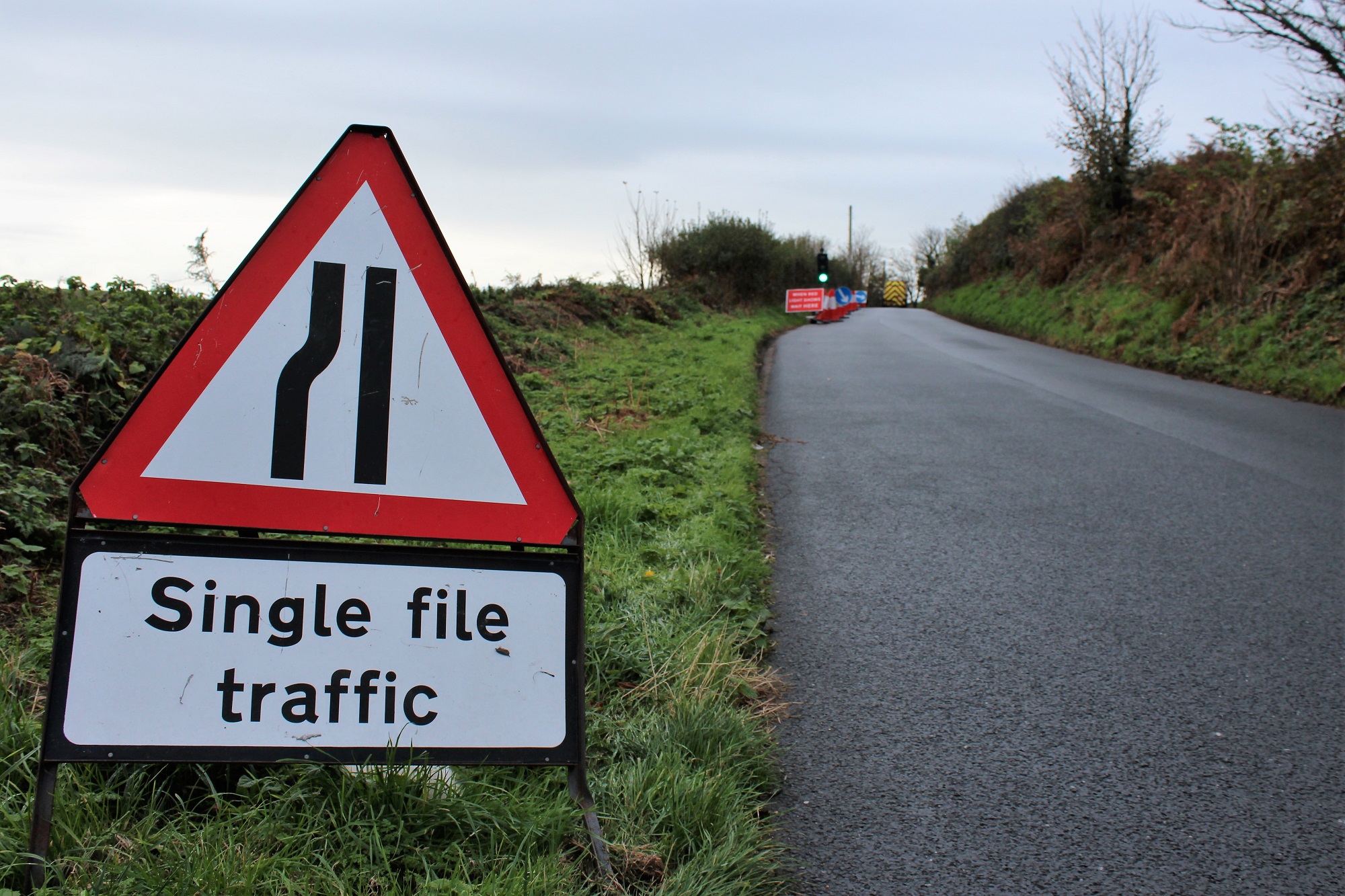 A section of Newport Road at Niton that for the last year has been controlled by traffic lights because of badgers digging under the carriageway is due to be fully open by early December.

After a year of activity to ensure the law protecting badgers has been scrupulously followed, Island Roads will now move in to repair a void dug out by badgers that has rendered one section of Newport Road, near its junction with Crocker Lane unsafe.

The work will mean that current traffic lights controlling the use of this section of carriageway can finally be removed.

The repair will take up to one week, although will depend on exactly what is found when excavations begin.  This will bring to an end the months of work and planning that has taken place in order to ensure that the badgers are not harmed.

Matt Shaw, Senior District Steward of Island Roads, said: “Over the years badger activity has dug away at the road’s foundations making it unsafe for traffic to pass over.

“While the solution itself is pretty simple in engineering terms – filling in the void so that the highway above is properly supported – there are procedures in place that we must follow so the badger population is not harmed.

“So for the past year we have been working with local environmental experts from Arc Consulting and the IW Badger Action Group to ensure that we comply with all of the legislation that is rightly in place to protect our indigenous wildlife.

“We would like to thank road users who may have been inconvenienced by the temporary lights at this location for their patience but am sure they too understand that we need to look after local wildlife as we go about maintaining a safe road network.”

The work with Arc Consulting and the IW Badger Action Group has involved surveys to understand the movements of badgers and then a process to block up the entrances to the parts of the sett that are undermining the road using one-way gates to allow badgers to leave but not return.

Reparation work is due to start towards the end of the month and it is hoped that the road will be fully re-opened by the beginning of December. Any significant change to that programme will be communicated.