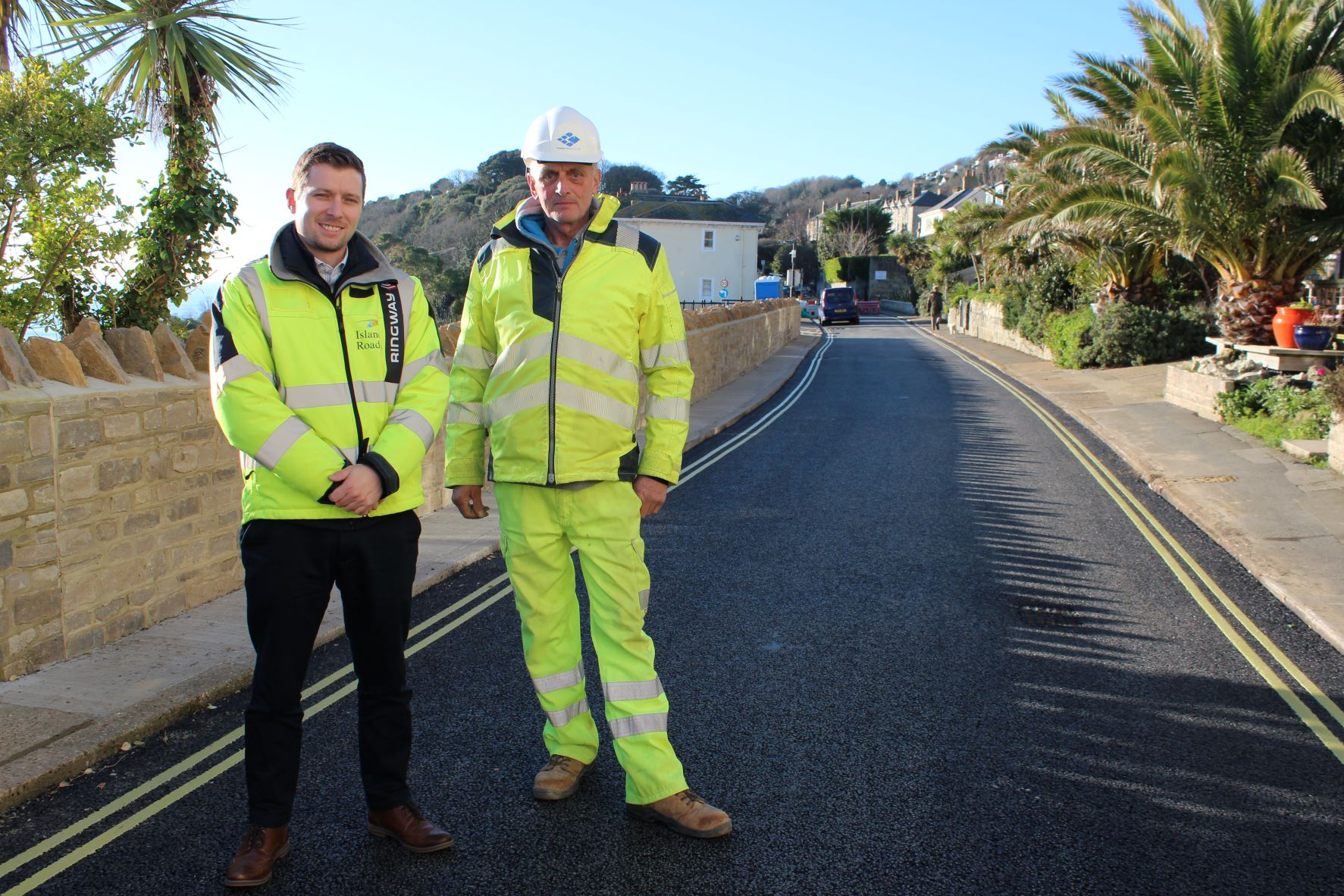 The major project to rebuild and reopen Belgrave Road in Ventnor has been completed.

The final element of the work, resurfacing of the newly-constructed road, was finished this week and the road will once again be open to pedestrians and traffic tomorrow (Friday).

Belgrave Road has been closed since early 2020 when the walls that retain the highway failed. Work initially involved making the site safe. There then followed a detailed process during which the site was carefully surveyed allowing the engineering consultancy Atkins to design an agreed stabilisation project.

The actual construction phase lasted just over a year and was carried out by local construction company Stoneham Construction. Another local business, Corefix, was also involved in installing more than 250 ‘soil nails’ – which if laid end to end would stretch over two kilometres – to stabilise the area.

Throughout the scheme, Island Roads has also worked closely with the Isle of Wight Council’s conservation team to ensure the new retaining walls are in keeping with the local surroundings and character of a Victorian seaside town.

Jason Boulter, Island Roads senior project manager, said: “Given the unique geological features in this area coupled with the fact it is a steep location with single lane roads close to homes and businesses, this was a particularly complex job.

“We are pleased to have worked with Island companies, national experts and also the local community to complete a scheme that restores the road as well as rebuilds and strengthens the walls that retain it.

“We would like, once again, to thank the local community, particularly the residents of Belgrave Road and Esplanade Road and Ventnor Town Council for their support throughout the project.”