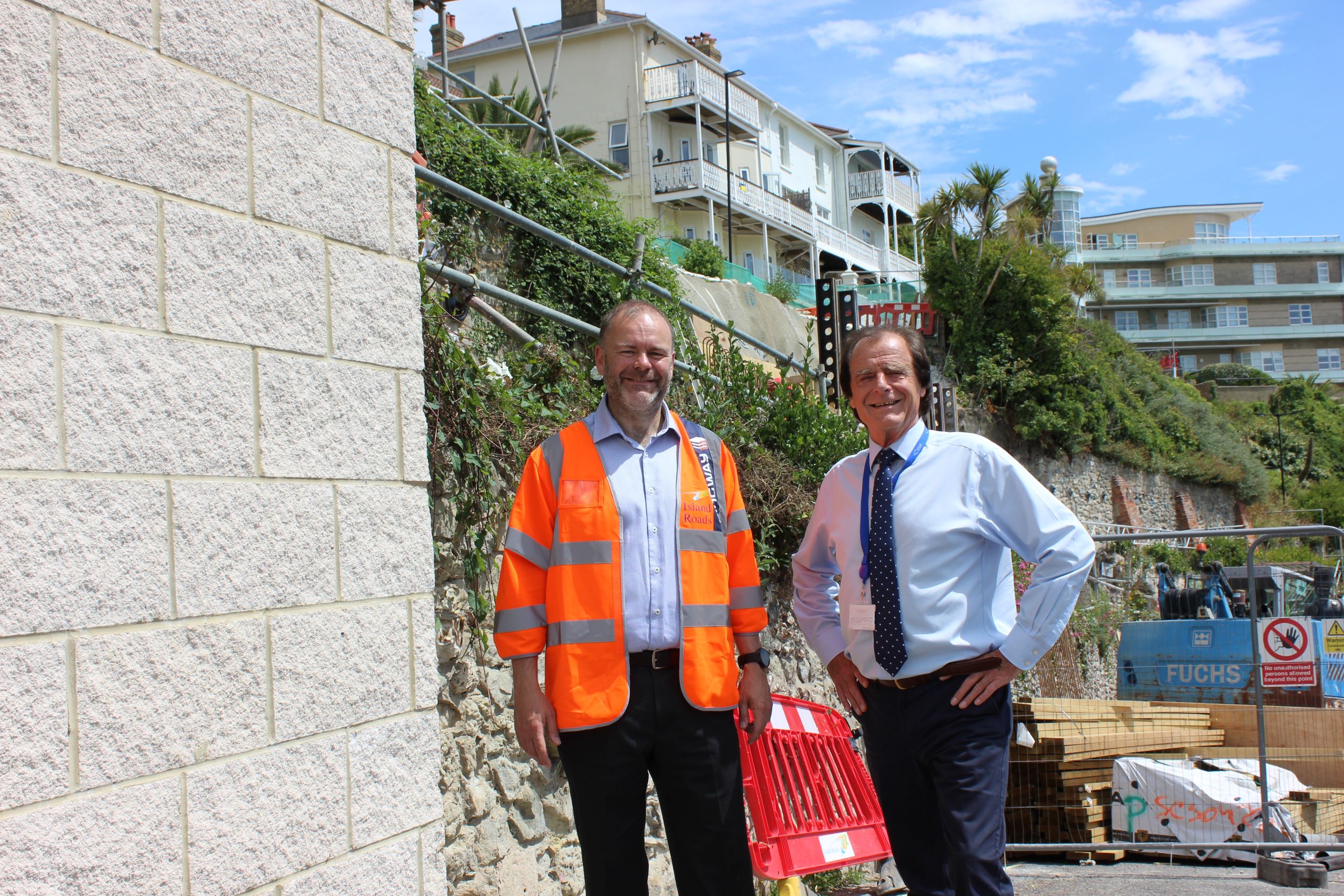 Work on the project to rebuild and re-open Belgrave Road is intensifying ahead of an Autumn completion.

After months of stabilisation work including the insertion of over 180 soil nails to anchor the ground across the site, Island Roads has begun to reconstruct the new reinforced concrete walls – a key milestone in the project.

Later, stone masonry cladding will be fixed to the three sections of new walls to keep the appearance of the structure in keeping with the local surroundings.

While the focus remains very much on completing the scheme to schedule so Belgrave Road can once again be open, the project continues to gain national interest from the civil engineering profession.

Earlier this month, a delegation from the Institution of Civil Engineers visited the site to study the location and learn about the solutions being applied.

Island Roads senior project manager Jason Boulter said: “The Belgrave Road scheme is considered a pretty unique site within the industry and there is a lot of interest in how we are dealing with the local challenges.

“The visit was a timely one as it came as this new phase of work in which we start to rebuild the new reinforced walls is really starting to take shape. Residents will continue to see progress as we work towards the substantial completion of the project in November.”

Once completed, the finished scheme at Belgrave Road will, as per our instructions, be returned to the same street layout (pavement and carriageway width) as it was prior to the wall collapse.

Jason said: “Once again we’d really like to thank the local community for their understanding and support during this work.”

Cllr Phil Jordan, IW Council cabinet member for highways and transportation visited the site recently to witness the progress being made.

He said: “It was really good to see a local company, Stoneham Construction, have been contracted to deliver the work and it is clear they are doing a great job. The scheme is really now beginning to take shape and I look forward to the completion of the works.”