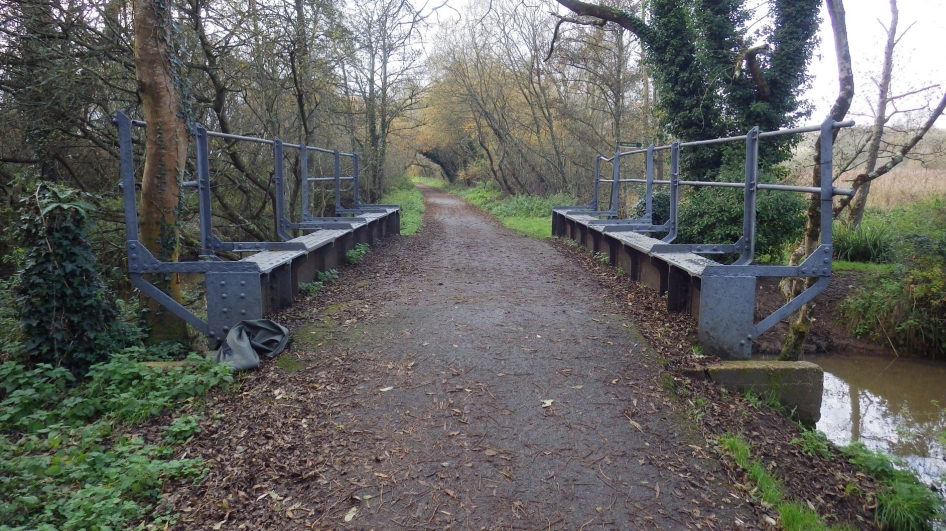 An Island Roads scheme to strengthen Blackrock Bridge Alverstone, on the Sandown to Newport cycleway, is being frustrated by vandalism and forced entry to the work site.

The project is being undertaken by Island Roads as part of its work to maintain the Island’s cycleway network.

The Blackrock scheme is the second of two being undertaken in this section of the network over the winter period when usage is far less than during the busier summer months.

Working at this time of year can increase the likelihood of delay due to poor weather. Such wet weather saw the previous scheme at Haseley Bridge overrun meaning the start at Blackrock was later than hoped.

It was agreed with the IW Council in consultation with the local member, to undertake the works in two consecutive schemes (rather than at the same time) to avoid the need for a total closure of the cycleway.

“There is always a risk that working in the winter months when the cycleway is less busy can lead to weather-related delays,” said Ian Hodson, Island Roads structures manager.

“While the recent wet weather has caused some issues and while there have been some additional technical issues to resolve, we have also been hampered by forced entry to the site and by a degree of vandalism.”

As a result of the above factors, the scheduled finish date for the Blackrock scheme is now Feb 14, two weeks later than hoped.