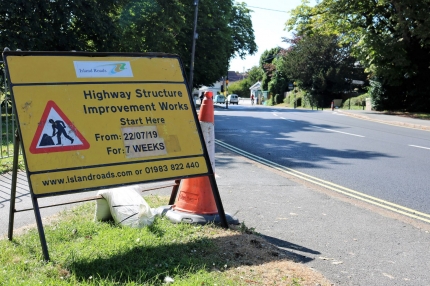 Work is to begin shortly on an Island Roads project to renew School Green Road Bridge in Freshwater.

The old bridge deck will be removed and replaced during the scheme, which is due to begin on 22nd July and last approximately seven weeks.

The project has been timed to largely coincide with the school holiday period given the close proximity to the bridge of All Saints CE Primary School.

The deck will be replaced in phases allowing one lane of the carriageway to be kept open during the works, although the road will be controlled by temporary traffic lights, and temporary pedestrian crossings will be in place during the project.

The bridge is one of scores of structures such as bridges, retaining walls and culverts, that are being upgraded by Island Roads as part of the Highways Improvement Partnership.

Island Roads structures manager Ian Hodson said: “By undertaking the work in two phases, lane by lane, we are able to keep the road open and reduce local disruption.”