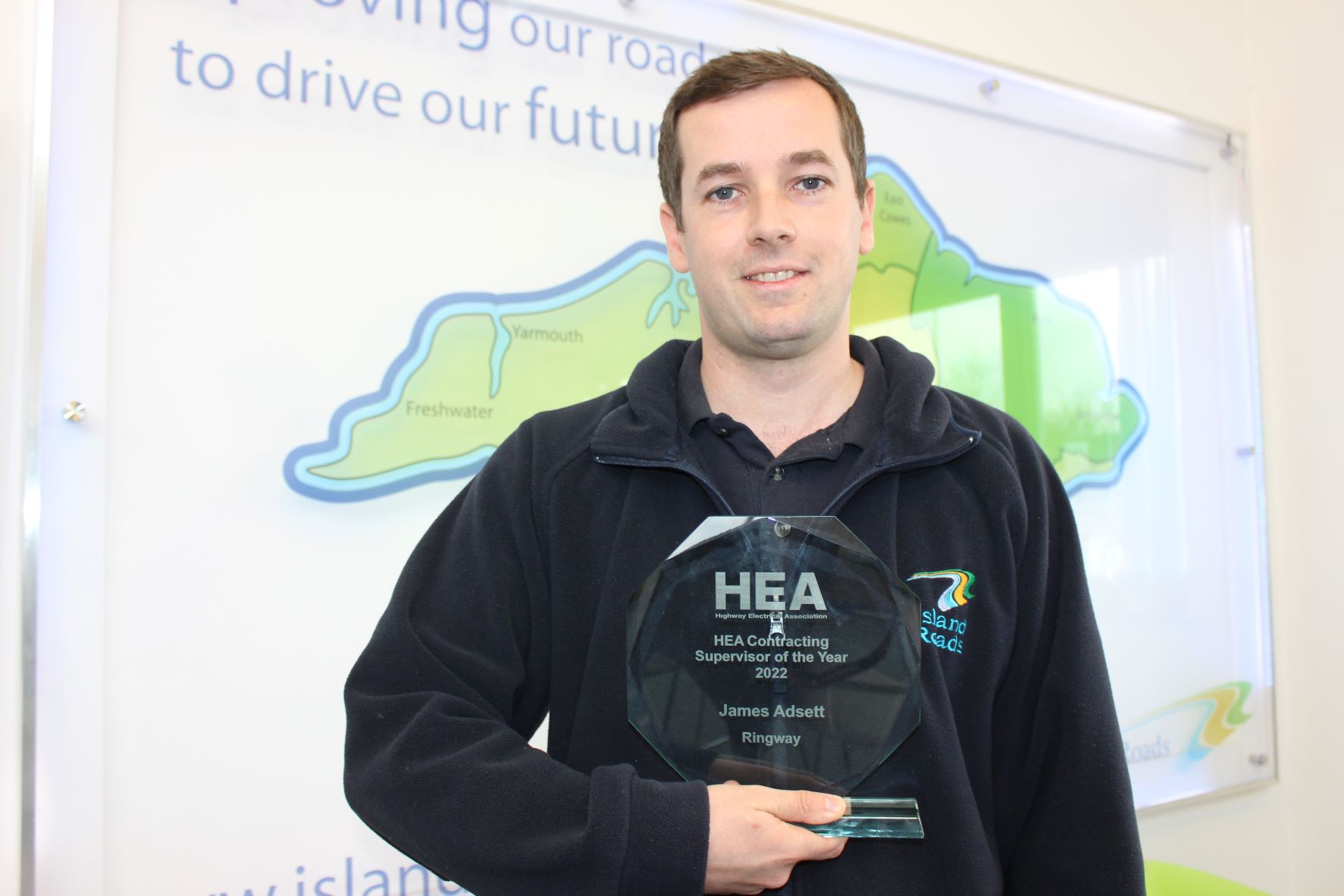 An Island Roads employee has been named Contracting Supervisor of the Year at the 2022 Highways Electrical Association (HEA) annual awards.

The prestigious title has been awarded to James Adsett who is responsible for the Powered Apparatus team at Island Roads. They are responsible for the maintenance of street lighting, traffic signals, CCTV and other electrical apparatus on the Isle of Wight’s highway network.

James, 31, has worked at Island Roads for seven years, during which time he has progressed from highway electrical operative to electrical supervisor. He now manages a team of eight highway electricians and operatives along with multiple sub-contractors.

James was nominated by Scott Burborough, Island Roads electrical operations manager, who was impressed with his problem-solving ability, his calm nature under pressure and his technical knowledge of the electrical apparatus under his Supervision.

The awards, which took place at Celtic Manor Resort, Newport, Wales celebrated excellence within the highways electrical industry and highlighted the valuable contribution made by employees of HEA members.

The HEA represents many of those involved in the highway electrical sectors – including street lighting, traffic signals, cameras, communications, traffic signs, variable message signs and environmental monitoring equipment. It has more than 110 organisational members and is one of the largest bodies in the highways, lighting and electrical sectors.

Speaking about his win, James said: “It’s great to be recognised for the contribution I make to our business, these awards are open to multiple businesses from around the UK, so it’s fantastic to be chosen from amongst other nominees. This award also reflects on the incredible team and people that work around me and reflects on their contribution and dedication”

Island Roads service director Stephen Ashman said: “We are really pleased that James’s skills and professionalism have been recognised by this leading professional body. We are very proud of James, he is a credit to Island Roads.”