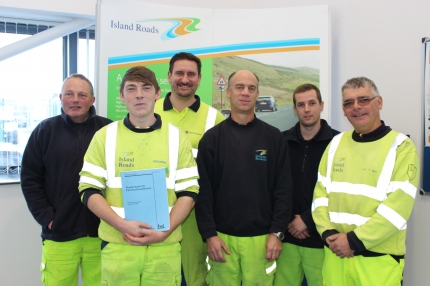 Six Island Roads electricians are all set for a stringent new industry standard.

The six recently passed exams after a four-day City and Guilds course meaning they will meet a new British Standard – the first introduced in this field since 2008. – when it comes into force on January 1.

Scott said: “This is a particularly difficult exam as it covers such a wide scope of electrical installations. We were all delighted to pass but a special mention should go to James and Jordan as it was the first regulations course they have ever attended.”