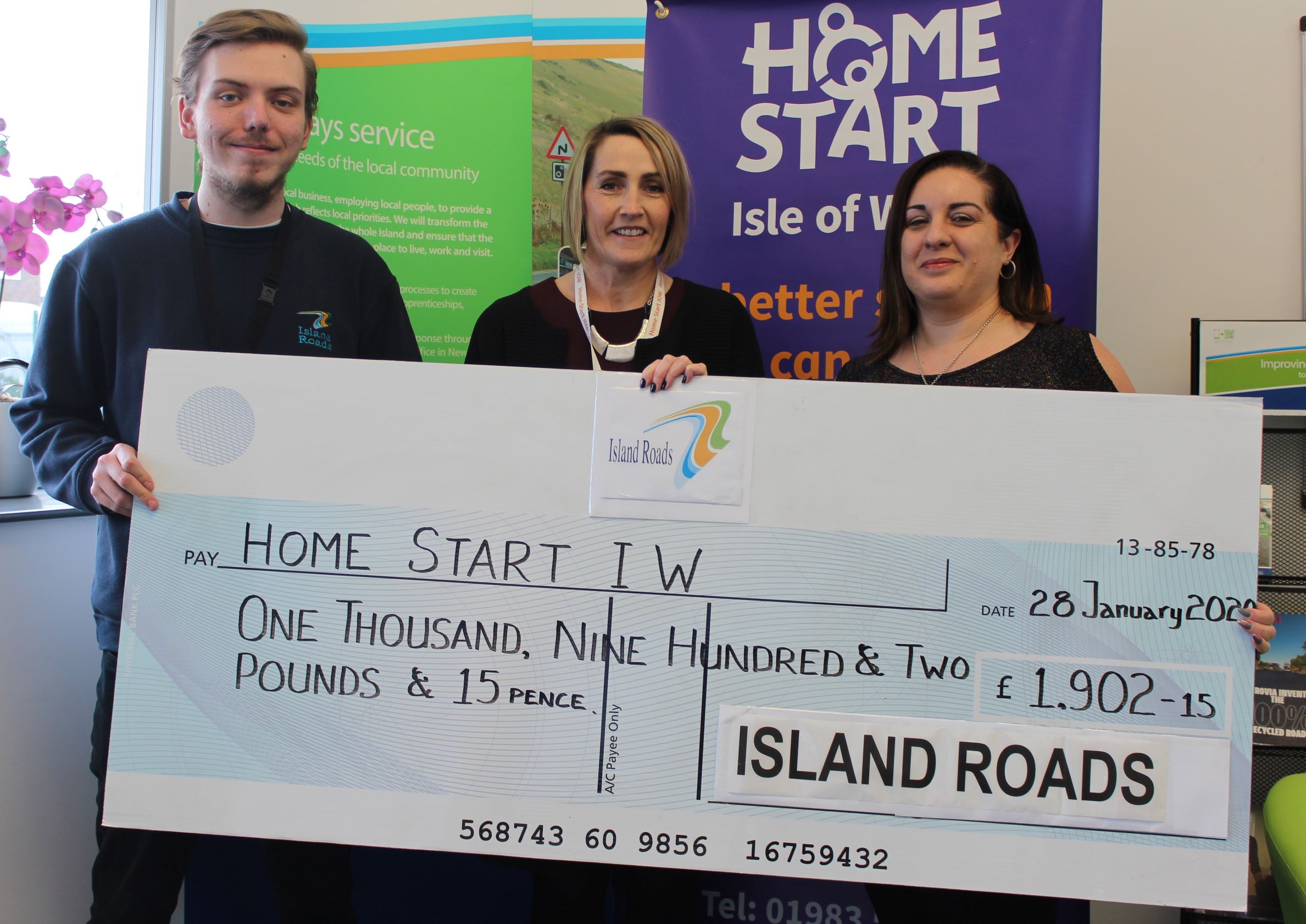 Staff at Island Roads have presented £1,902.15 to the local charity Home-Start IOW.

The money was raised from a variety of events during 2019 when Home-Start IOW, a Newport-based voluntary organisation offering support to parents and carers facing difficulty, was the chosen charity of Island Roads staff.

Each year Island Roads staff choose a charity to support through fundraising activity.

Maria Escandell, of Island Roads’ staff fundraising committee said: “Island Roads employs around 200 Island people who are all very keen to do their bit to support good causes in the local community.

“Once again we were pleased to be able to raise a good amount for Home-Start IOW which undertakes some really important work in support of families across the Island. We know Home-Start IOW will put the money to good use and we would like to thank all those staff who have helped us raise this year’s total.

“We look forward to supporting another local good cause in 2020.”

Alison Griffiths, Senior Co-ordinator at Home-Start IOW said: “We were absolutely delighted to receive the news that staff at Island Roads had chosen Home-Start IOW as their charity of 2019.

“Every penny raised during the year will support our work with Island families. Being a parent can be a very tough job and sometimes things happen in life that make it even more of a challenge.

“That’s when Home-Start can help and with fundraising support like this we can keep on offering help to families when they need it most. Thank you to all at Island Roads from everyone at Home-Start IOW.”

In addition to the money raised for Home-Start IW, Island Roads staff also raised a further £84 for Save the Children through a Christmas jumper day last month.

Island Roads staff will announce their chosen charity for 2020 soon.