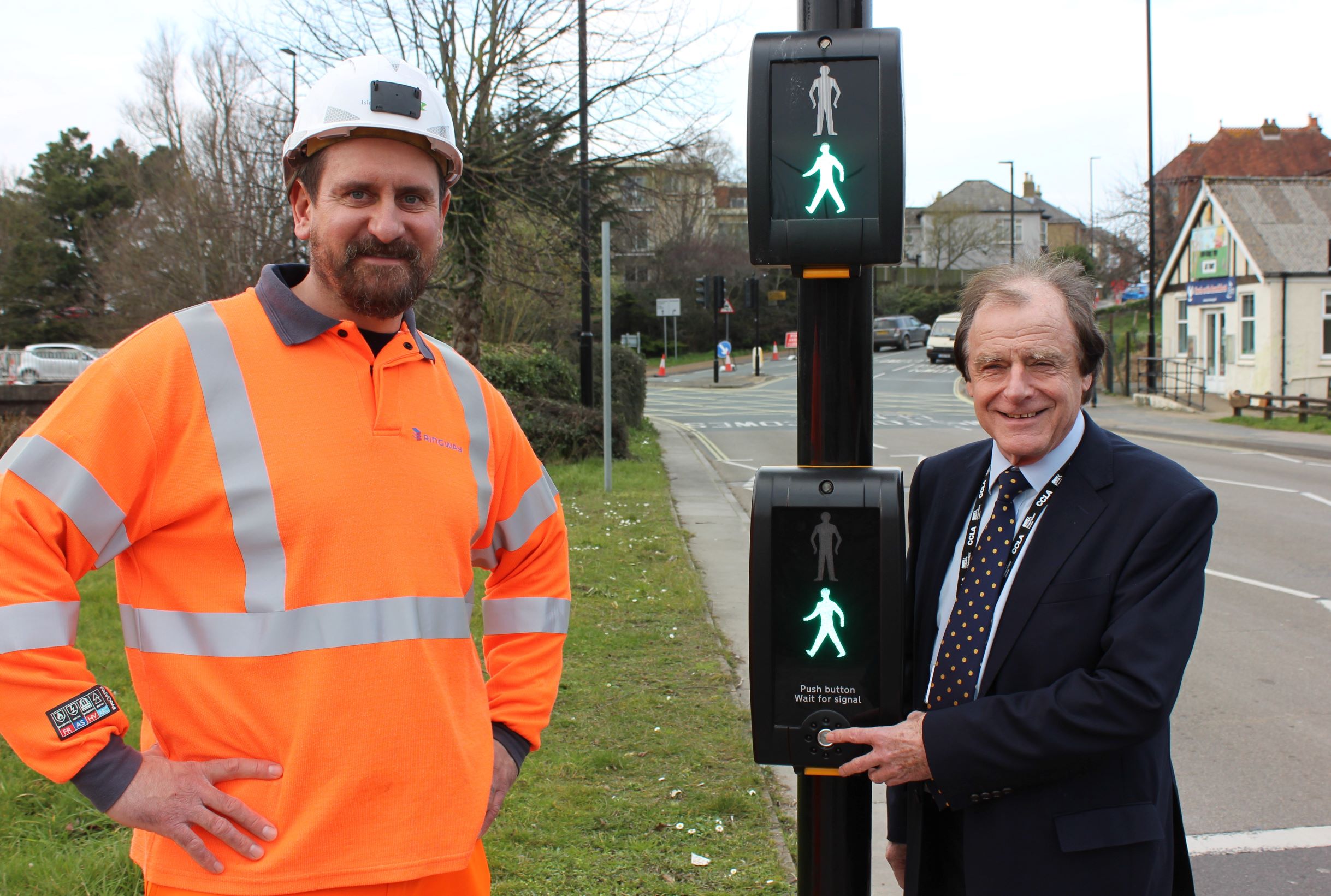 The final phase of the project to upgrade traffic signals and pedestrian crossings on and around Coppins Bridge will be finished early next week.

The scheme, which began in November last year, is upgrading signals and pedestrians crossing points at seven locations on Coppins bridge and its approaches, with work split into phases to reduce disruption.

The overall Coppins Bridge project is the last element of an Island-wide programme under the Highways PFI to upgrade all traffic signals and pedestrian crossings.

It has been left till last given the complexities of working on what is by far the Island’s most busy traffic interchange.

The new traffic signal system on and around Coppins Bridge is fully synchronised meaning it is better able to respond to and accommodate changes in traffic flows. As well as being more ‘intelligent’ the signals also operate using less power so they are both safer and more energy efficient. Five pedestrian crossing points have also been upgraded during the project.

While work on the scheme has so far been completed to schedule, with two phases completed ahead of programme, several issues, most significantly delays in the arrival of ordered specialist parts, has pushed the planned completion date back by several days. Island Roads hopes the work will be complete by next Wednesday at the very latest and hopefully sooner.

“This final delay is frustrating but is due to circumstances outside of our control,” said Scott Burborough, Island Roads’ powered apparatus manager.

“Road users and the local community have been incredibly supportive throughout the work and we are asking them to bear with us for just a few days more. Fortunately, the current temporary traffic arrangements are working well so the impact of this short over-run will hopefully be minimal.”

Cllr Phil Jordan, IW Council cabinet member for transport and infrastructure, has visited the site to see first-hand the complex nature of the work and to hear about the benefits it will bring.

He said: “I am really pleased this work at such an important location is nearing completion.

“Coming after the recent major projects to improve traffic flows across St Mary’s junction and St George’s Way, great strides have been made in ensuring traffic flows on the roads serving our County Town are as smooth as possible.”