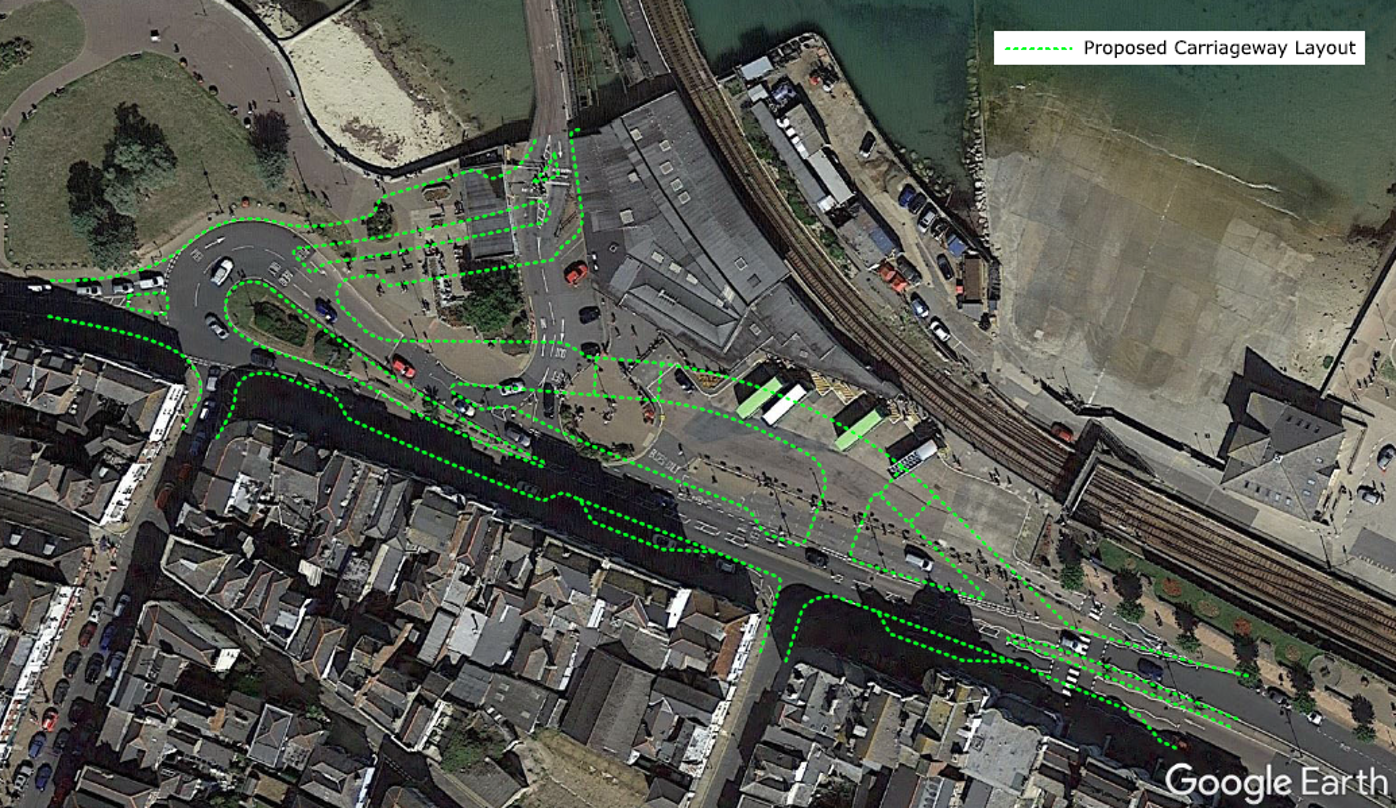 The Isle of Wight Council has moved to clarify issues around the proposed new Ryde Interchange project ahead of a discussion on the plans at tonight’s (Thursday July 15) cabinet meeting.

The council is currently consulting on aspects of the plans which are part of a wider project — involving Wightlink, Southern Vectis, South Western Railway and Network Rail — to improve travel connectivity and enhance sustainable transport at Ryde gateway by enhancing facilities for pedestrians, cyclists, and public transport users.

Cabinet tonight will discuss approving the plans in principal and the implementation of the scheme after having taken into account the views expressed in the consultation which runs until August 3.

In advance of that meeting, the Cabinet lead for transport and infrastructure, Councillor Phil Jordan, said he wanted to assure people that views expressed in the consultation would be pivotal to the council’s consideration of elements within its own control. He said it was also important to address some misinformation currently in circulation.

“Local residents can have their say and their voice will be heard but I think it is important that people make their observations and suggestions based on the facts,” he said.

“We have been awarded a significant sum of money from the Department for Transport that is time-limited and for a specific purpose. We want to use this money to benefit Ryde residents, the wider Island community and visitors coming to our shores.”

Cllr Jordan said there were six main areas that required clarification in light of some misconceptions he had seen circulating:

The council must follow the timescales for the delivery of this project set out as a condition of the government funding. This decision tonight, if taken, will help avoid any delay due to the summer political recess which might affect our ability to secure the funding. There is still though plenty of time for residents to contribute their views.

The vast majority of the area of Western Gardens will remain exactly as it is, with some additional seating, a new pedestrian crossing at the bottom of Union Street and wider pedestrian footways.

One corner of existing paved area to the left of the pier currently housing public toilets and a café, will be removed to provide a new pier entrance and wider pedestrian footway. This will also open up views from the gardens to the historic pier.

While the café and toilets to the left of the pier will be removed, there will be additional, fully accessible disabled toilets and refurbished and expanded concessions within the refurbished station building for public use.

The scheme prioritises pedestrians and cyclists over motor vehicles making it a better, safer place for people to pass through, visit and enjoy.

An additional 988sqm of pedestrian space is being created and there is scope for significantly increased planting.  We are not increasing roads; we are improving the layout to provide more pedestrian-prioritised and cyclist space and much better use of the bus station.

We have followed the planning procedures for developing highway improvements correctly.

While some conditions are tied to the funding awarded by the Department for Transport, there is scope for residents to have their say on the proposals through the consultation.

There are some specific questions which we are keen to get feedback on regarding the aesthetics of the scheme, but we also welcome comments on all relevant matters and there are open questions within the survey for people to make general observations on the plans.

The consultation document and survey, together with frequently asked questions and copies of the plans can be accessed via www.iow.gov.uk/rydeinterchange. Paper copies are available on request from PFI@iow.gov.uk