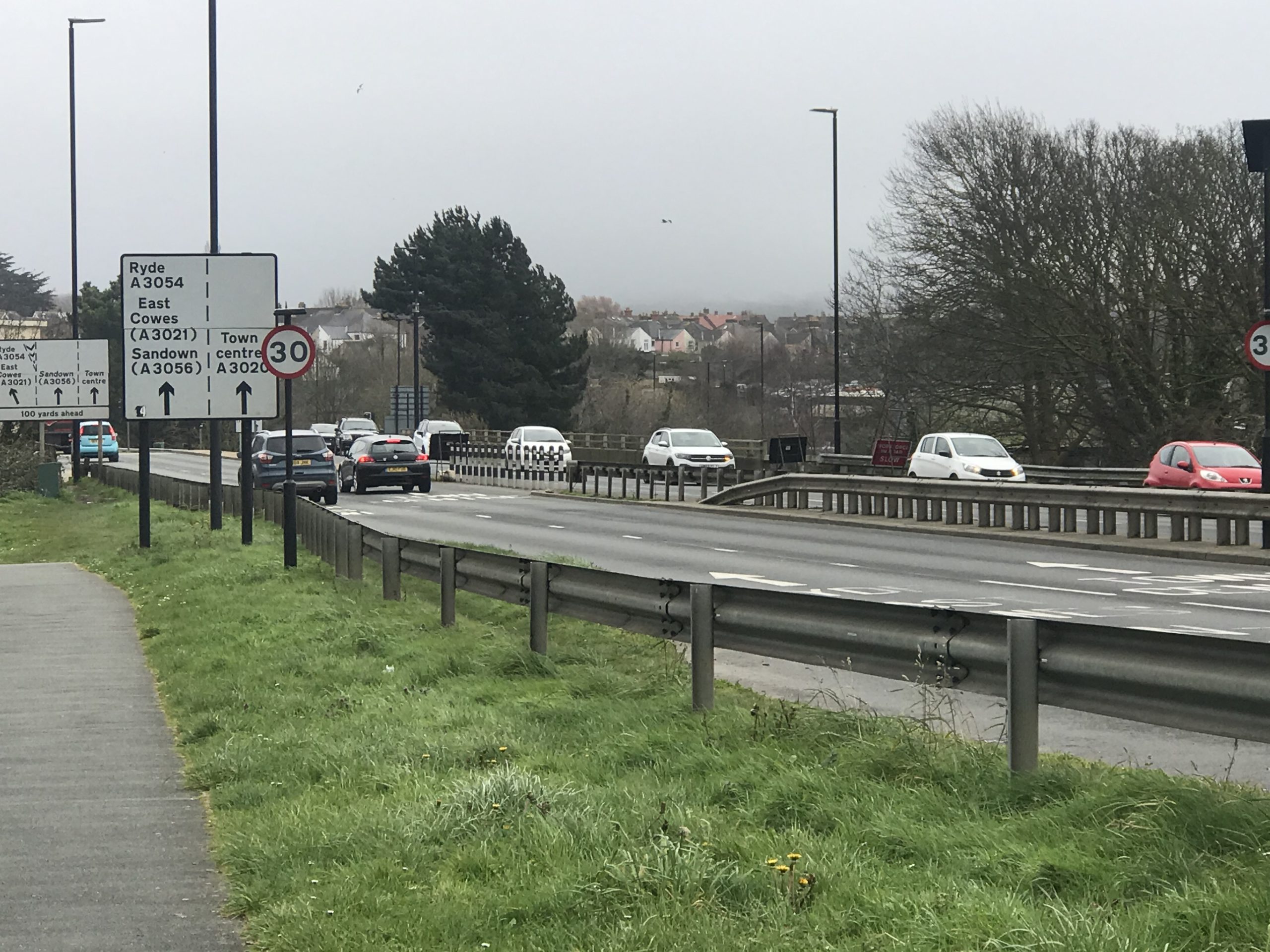 New traffic arrangements are to be trialled to see if vehicle flows on Medina Way and Coppins Bridge at Newport can be improved.

The trial will specifically test whether queues in the left-hand lane of Medina Way on the approach to Coppins Bridge can be shortened.

Queues in this lane were highlighted as a particular area of concern for residents during recent discussions about the ongoing work to improve flows through nearby St Mary’s Roundabout.

The Isle of Wight Council has responded to the feedback by announcing a new trial which will begin during the week commencing 16 March 2020.

Under the new arrangements the destinations for each lane on Medina Way southbound will be amended. The left-hand lane, currently marked ‘Ryde’, ‘East Cowes’ and ‘Sandown’, will be marked ‘Ryde’ and ‘East Cowes’.

On the approach to Coppins Bridge (beyond the Fairlee turnoff/Link Road slip lane) the two lanes will again be marked with new destinations.

The left-hand lane, currently marked ‘Sandown’, will be marked ‘Downs’ and will be for all vehicles using Snooks Hill to access Staplers and beyond. Vehicles bound for Sandown will be directed to use the right-hand lane along with vehicles destined for Newport town centre.

The arrangements can be seen in the maps below: 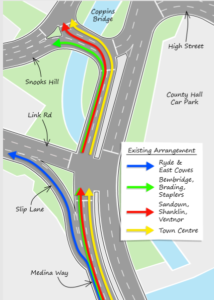 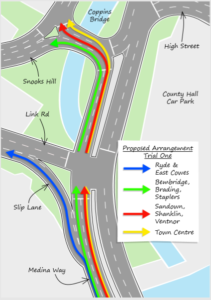 For larger versions of these maps click on the links below:

Traffic flows will be monitored during the trial to enable an informed decision to be made on whether to keep the new layout, amend the design to a different arrangement or revert to the existing layout. The trial will last for a minimum of two months.

The latest scheme forms part of a package of work designed to improve traffic flows through Newport, which have been financed largely by a government grant of £9.6 million, supplementing development contributions.