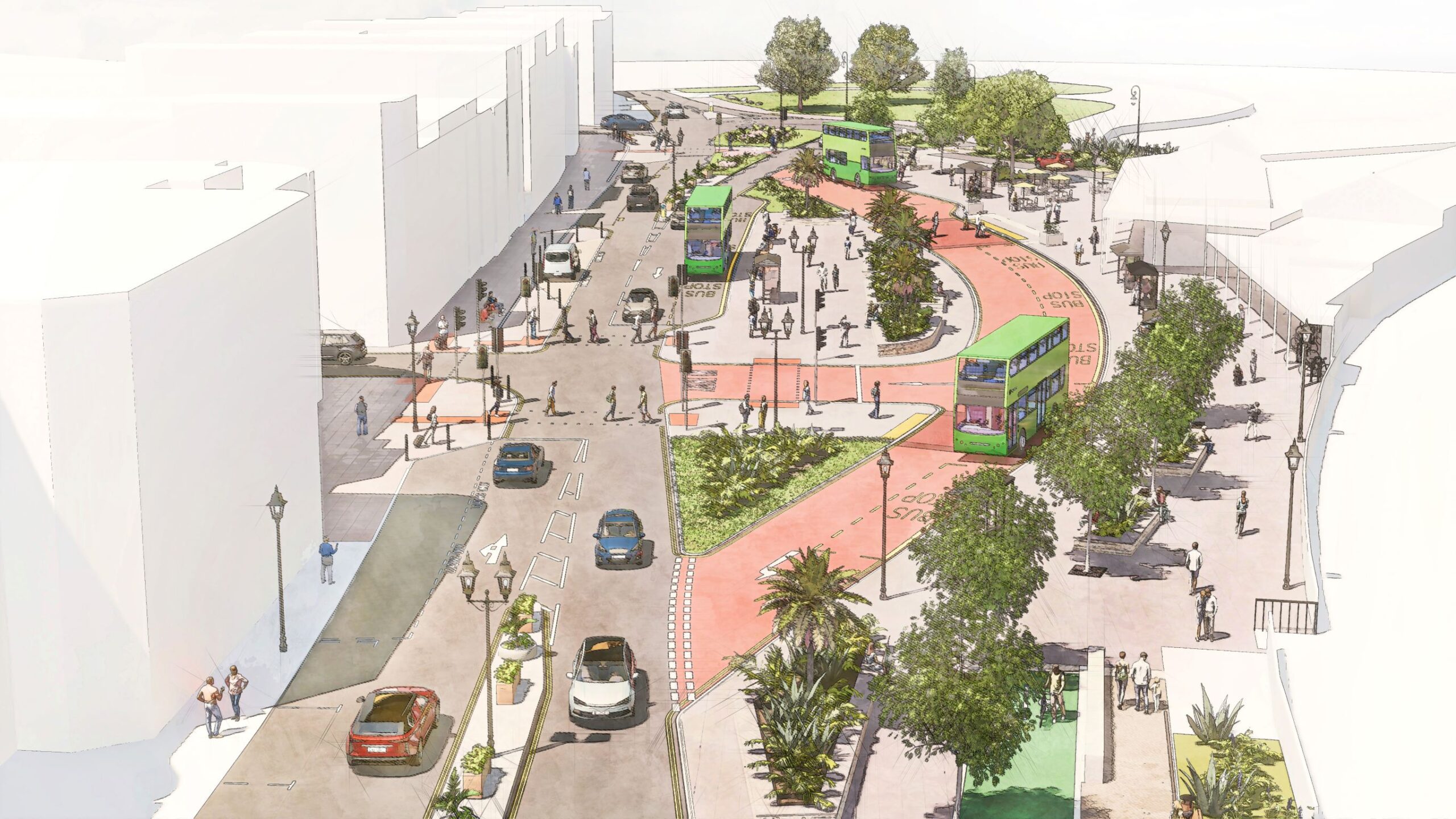 This page will bring you the latest information on the Ryde Transport Interchange.

The Isle of Wight Council working with various partners, is implementing a major scheme to improve Ryde Transport Interchange. The scheme seeks to provide better travel connectivity as well as much-improved public space for residents and visitors.

The project is primarily funded by Government grant from the Transforming Cities Fund following a successful bid by the Isle of Wight Council, Portsmouth City Council and Hampshire County Council (together as South East Hampshire Rapid Transport) for £55.6m million. Around £10 million of this has been awarded for the Ryde Transport Interchange improvements.

The Esplanade transport hub is being reorganised to provide more landscaped pedestrian space, following feedback from a public survey last year, and will allow buses to leave directly to George Street rather than having to turn at the Dover Street roundabout.

There will be a new dedicated cycle route and walkway through the Esplanade along with further sign posted links to and from Ladies Walk to the west and Puckpool to the east along with new street furniture and planting throughout the Esplanade area.

The project will also see a boardwalk to be built on the tramway pier by Wightlink. The refurbishment of Esplanade Station will provide a direct connection from the concourse to the boardwalk, accessible public toilets and expanded retail/café units.

To minimise disruption the works are being delivered in a number of phases over 12 months taking into account the major events. Regular updates on scheme progress and significant changes to traffic management will be released throughout the project.

After a carefully planned start intended to minimise disruption during the summer season and for the planned events, we have now moved into a period of concentrated activity.  Before Christmas, we completed a significant proportion of the works, including the new inbound and outbound pier access roads and the realignment of the pedestrian crossing outside The King Lub pub.

Drainage works continue on the south side of the Esplanade between George Street & Union Street.  These drainage works do not require a road closure, as the work area can be accommodated in the parking bay areas.

The work to reconfigure the bus station is ongoing with temporary bus stands now in operation at the Esplanade.

Routes 4, 9 and 37 are now by the Rose Garden on the Esplanade while routes 2, 3, 8, Island Coaster and the Downs Breezer are outside Solent Court on the Esplanade on the opposite side of the road.

Ryde Travel Shop will be open as usual. Further information can be found via the following link https://www.islandbuses.info/Ryde-bus-station-move

The single coach bay has been relocated to nearby Quay Road car park for the duration of the Ryde Interchange project.