Dougal brings joy and comfort to pupils at St Catherine’s 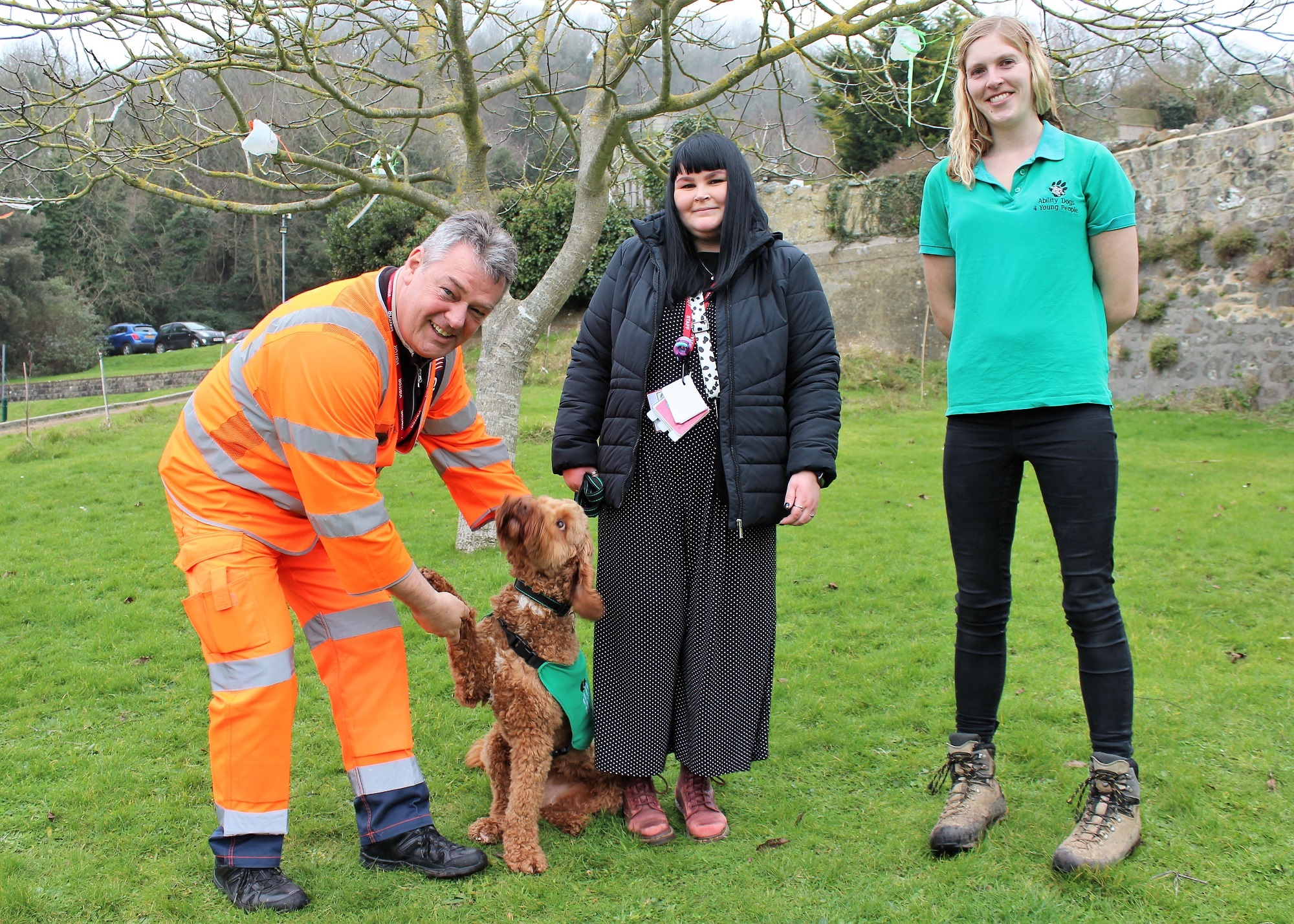 Dougal, an Australian Labradoodle, has been trained by the charity for two years and now provides support to pupils at the specialist speech and language school.

The puppy was sponsored by Island Roads which raised more than £2,700 in 2018 through staff fundraising events which covered the cost of purchasing him as a puppy and also contributed towards his training.

Dougal is embarking on his new role at a time when children and young people are particularly in need of extra support due to the negative impact of the pandemic on their mental health.

Under the supervision of his handler Abbie Steel, Dougal’s role as a school therapy dog includes going into lessons and supporting with 1:1 occupational therapy sessions with students.

In particular, Dougal helps students to communicate by acting as a common interest and is supporting students who have struggled to attend school by meeting them when they arrive and walking with them to the classroom. He also helps students to self-regulate and manage their emotions – stroking Dougal can calm students and give them something else to focus on.

Sarah Thompson, Principal at St Catherine’s School, said: “Dougal has become an important member of our school community. Overall, Dougal’s role has had a huge impact on the wellbeing of the students and staff at St Catherine’s and they enjoy his company and learning all about him.”

Island Roads Highways Inspector Paul Bailey won a staff competition to name the puppy and chose Dougal. He said: “As well as Dougal being a great name for a dog, I thought its association with the well-known children’s TV show The Magic Roundabout I enjoyed watching as a child provided a fun link to the highways work we undertake at Island Roads. It is lovey to see Dougal settling into his new role so well and providing much needed support and comfort to the children at St Catherine’s.”

Carol Court of Ability Dogs 4 Young People said: “Training School Therapy Ability Dogs is an important part of the charity’s work. The number of schools involved with this scheme has multiplied since 2020 and we are very proud that Dougal fits the bill.  Cookie and Daisy are also Ability Dog School Therapy Dogs helping pupils and staff at St Thomas of Canterbury and Love Lane primary schools. It is heart-warming to see how they are improving lives and everyone at the schools love them.”