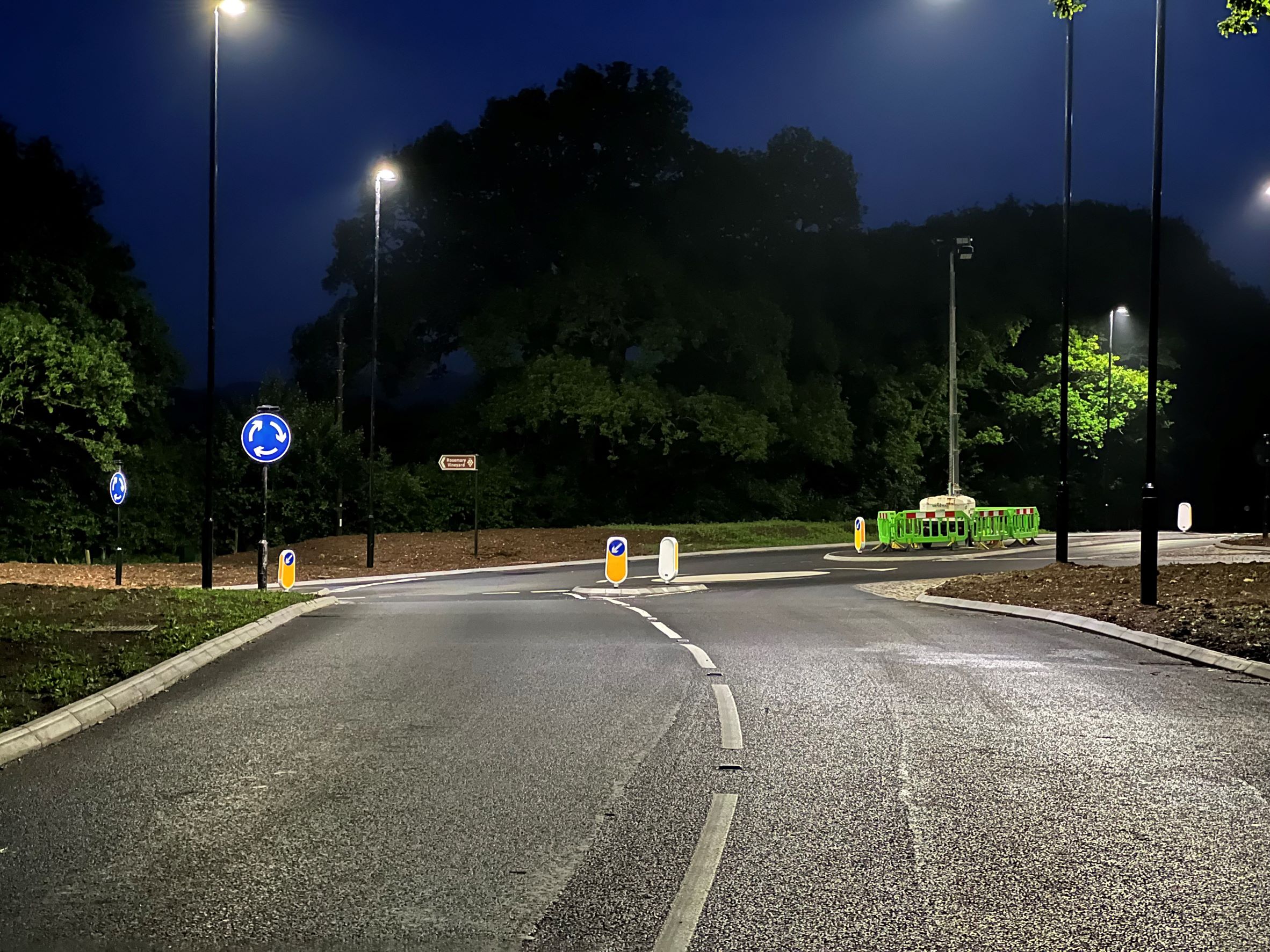 The final element of highway work to improve safety at Smallbrook Roundabout near Ryde is to be undertaken next month.

Over five nights, high-friction, anti-skid surfacing material will be applied to all approaches to the roundabout which had previously been identified by road accident data as a junction requiring improvement.

The work will mark the completion of the project by Island Roads for the Isle of Wight Council to introduce several safety features to Smallbrook which had previously been identified by accident data as a priority area for action.

Among the new features are the realignment of the junction’s approaches and introduction of new traffic Islands which will require traffic to slow down and negotiate the new roundabout rather than ‘straight-running’ across it. Visibility on the roundabout approaches has also been improved, especially for traffic approaching from Smallbrook Lane and Carters Road while there is also additional street lighting and a new reduced speed limit.

The anti-skid material could not be laid before now as it requires the road surface to be worn before application. It is also best laid when temperatures are mild.

In order to undertake the work, the junction will be closed at night between the hours of 7pm and 6am for five nights from June 6.  Local diversions will be in place during the closures.