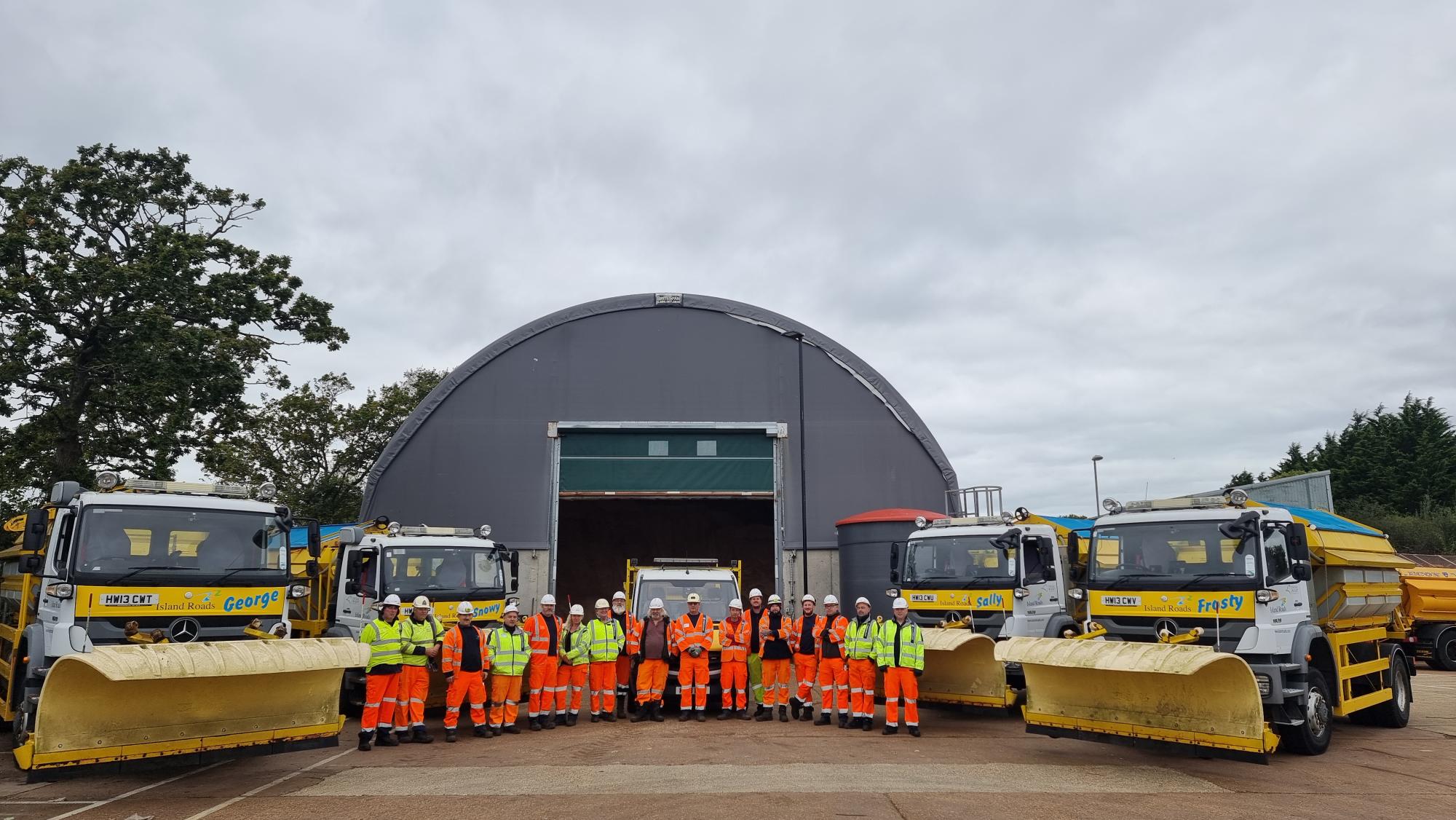 Island Roads annual vehicle checks and safety briefings took place at the weekend as the company starts its preparations for its winter service.

The ‘Autumn Parade’ as it is known, takes place every year at its Stag Lane depot and provides an opportunity to test the fleet and brief drivers on the latest health and safety updates and ensure they are familiar with the Island’s gritting routes.

The depot is home to six frontline gritters, back up and specialist vehicles as well as the Island’s road salt supply.

Each year the Island accrues 1,600 tonnes of graded rock salt, enough to cope with even exceptionally severe winter weather.  Last year, there were 53 runs using 1,019 tonnes of salt across the Island’s six key routes.  These routes, determined by the Isle of Wight Council focus on the Island’s key routes, principally main roads and those connecting towns, around 350km in total.

The gritters are fitted with pre-wet technology which sprays salt with a brine solution prior to spreading.  This limits salt drifting onto grass verges or hedges and helps the salt stick to the road.  Gritting lorries are mobilised whenever freezing or close to zero temperatures are forecast, using special localised weather reports, readings from weather stations at Brading Down and on the Middle Road as well as observational information.

Around 50 staff are based at the depot which also houses the gully emptying and street cleansing teams who will also be hard at work over the winter months ensuring drains and road gullies are kept clear of debris to help prevent flooding.

Preparations for the winter months have also included the annual check of all road studs (or cat’s eyes as they are better known) across all 131km of the Island’s road network where road studs are in place, ensuring those that are defective or missing are replaced.

Dave Wallis, Operations Manager at Island Roads said: “Our preparations for winter are well underway and our fleet of vehicles and drivers are primed and ready for when they are needed to run the gritting routes.

“It may be helpful for the public to know that if any of the six main routes are affected by roadworks and require a diversion then these routes will be gritted instead, so we would urge drivers to follow any signed diversions in place especially during the winter months.”

Island Roads have put together a factsheet about their winter service with more information which can be found at https://islandroads.com/factsheets/

You an also watch our winter maintenance information film here.