Have your say on road improvement work 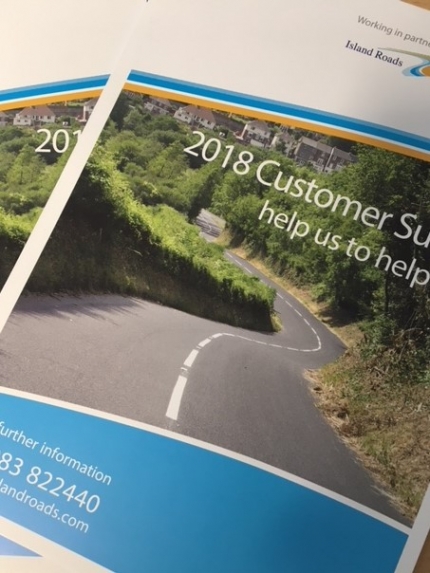 The 2018 Customer Survey launches on February 2

Island Roads will launch its 2018 customer survey on February 2

It will be the fifth such annual survey in which the public has been asked to rate Island Roads’ performance on many aspects of its work to improve the Island’s highway network.

The results are used to help Island Roads improve its performance year on year.

Paul Herbert, Island Roads service director, said: “The annual survey tells us where residents feel we are performing well and where they feel there is need for improvement. The PFI has many mechanisms built into it that ensure we operate to a high standard but hearing feedback from residents is also very important.”

In recent years, the survey has shown continued improvements in most areas – a trend that has been observed at a time when more and more roads are being resurfaced and the average condition of the network being improved as required by the contract.

Mr Herbert said: “A lot of improvements were made during 2017 in what was another  very active year in which the network was yet again improved to the standard required under the PFI contract.  It will be interesting and useful to receive the public’s views on this programme and also other areas such as streetlighting, winter maintenance, customer service and communication, street cleansing and hedge and verge maintenance.”

Copies of the survey will be available to complete online via the homepage on and also in all public libraries, County Hall reception and Island Roads’ HQ at Daish Way, Newport. In an effort to get more feedback from people aged between 18-24, it will also be publicised via social media and copies will be distributed via the IW College. Residents will have until February 28 to complete the survey.