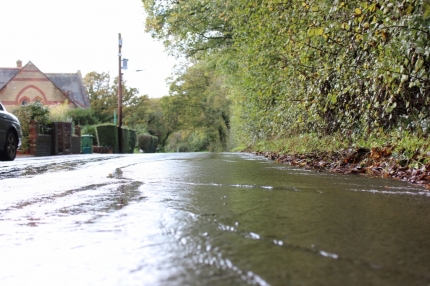 A programme of work to improve the highways network over the winter period has been produced by Island Roads.

The schedule of work will concentrate, in the main, on aspects of the Highways PFI contract that are less likely to be interrupted by the winter weather. It follows an intensive recent period of resurfacing during which four crews have been resurfacing across the Island around the clock.

This will include installation of street lighting, improvement to traffic signage and signals, and increased activity to upgrade footways. There will also be work to improve drainage on the highway network such as the major scheme to begin shortly on Pallance Road Northwood which is prone to flooding in high rainfall and the major geotechnical scheme at Duver Road, Seaview. Work to reduce the likelihood of highway flooding will also continue as will Island Roads’ winter maintenance programme.

If there is the prospect of an unseasonably mild and dry period of weather then highway resurfacing may resume for that period.

Paul Herbert, Island Roads service director, said: “We have listened to feedback relating to residents’ frustrations over works taking longer than planned during winter months. There is a likelihood that when undertaking road resurfacing, particularly major schemes, in the winter that periods of wet or cold weather can lead to the suspension of works which is frustrating for residents and highway users as a road is out of action for longer than planned.

“Working in extremely cold or wet conditions will also have a negative impact on the quality of the resurfacing which may at times require minor repairs or replacement.

“For these reasons we will, for the main winter months, be shifting our resources and emphasis away from highway resurfacing to other aspects of the PFI contract that are not so vulnerable to the cold and wet conditions. This use of resources in the winter months is commonplace within the highways industry. We plan to work as far into December as weather conditions allow and the resurfacing programme will begin again in the early spring.”

Since April 2013 Island Roads has resurfaced roads the equivalent of a seven-metre wide highway that would stretch one and a quarter times around the Island.

Mr Herbert said: “Scheduling the works in this way means we will continue to hit our targets and from March 2015 we will be ready and primed to continue resurfacing with crews providing around the clock resurfacing as they have been since the summer.”