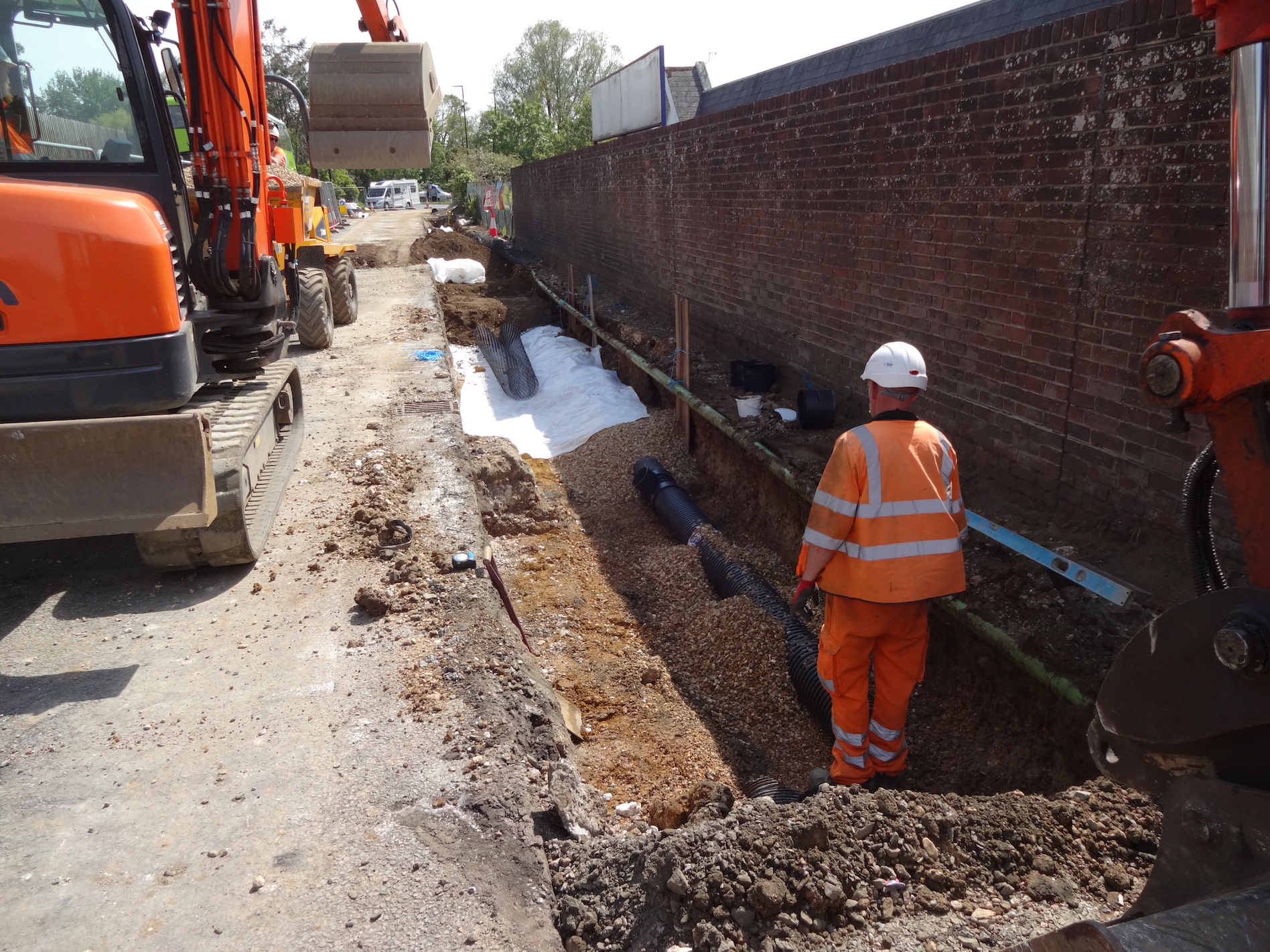 Island Roads is praising the efforts of all partners involved in the carriageway improvement work at St George’s Way for limiting the impact of delays following unexpected challenges with on-site work.

The IW Council scheme which began in March this year, is the latest phase of ongoing investment to improve traffic flows in and around Newport and is designed to help resolve the bottlenecks currently caused at either end of St George’s Way by traffic queuing to enter Coppins Bridge and on the approach to ‘Matalan’ roundabout.

The grant funded project involves extending the lanes at either end to enable traffic to travel along and beyond St George’s Way via Coppins Bridge and Matalan roundabout more efficiently. This in turn has required the re-routing of a number of utility services, including those from SSE, BT and WightFibre which sit beneath the carriageway /footway surface.  However, this has presented unexpected challenges with some significant services found in a different location to where they had been mapped.  This required additional work which all parties have worked together to resolve.

Kevin Burton, Network Manager for Island Roads said: “Unfortunately, even with all of the upfront planning on major schemes like these, it is sometimes impossible to know exactly what you are going to come across beneath the surface of the carriageway until you start to excavate.

“In this instance we came across a high voltage cable which was not where it had been mapped and which could have potentially added three months more work to the six-month project.  Thankfully because of the skills and local knowledge of all parties, we were able to resolve it with only the prospect of a much shorter two to three-week delay.  It is a prime example of partnership working at its best and we are very grateful to the utility companies for their support with this scheme.

“We are also grateful to residents for keeping to the diversion route which seems to be working well and causing minimal delays.”

Once completed the scheme will also provide an improved crossing at the Furrlongs junction meaning better access and safety for pedestrians.

The scheme has also enabled additional ducting to be installed for fibre broadband to future proof and allow for predicted growth in demand, thereby limiting the likelihood of significant cable works on site in the future.

Surfacing work which will follow the completion of carriageway work on-site will be undertaken overnight at the end of the scheme between mid to late August with the one-way diversion being lifted during daytime hours.