Island Roads remains on the lookout for insect invader 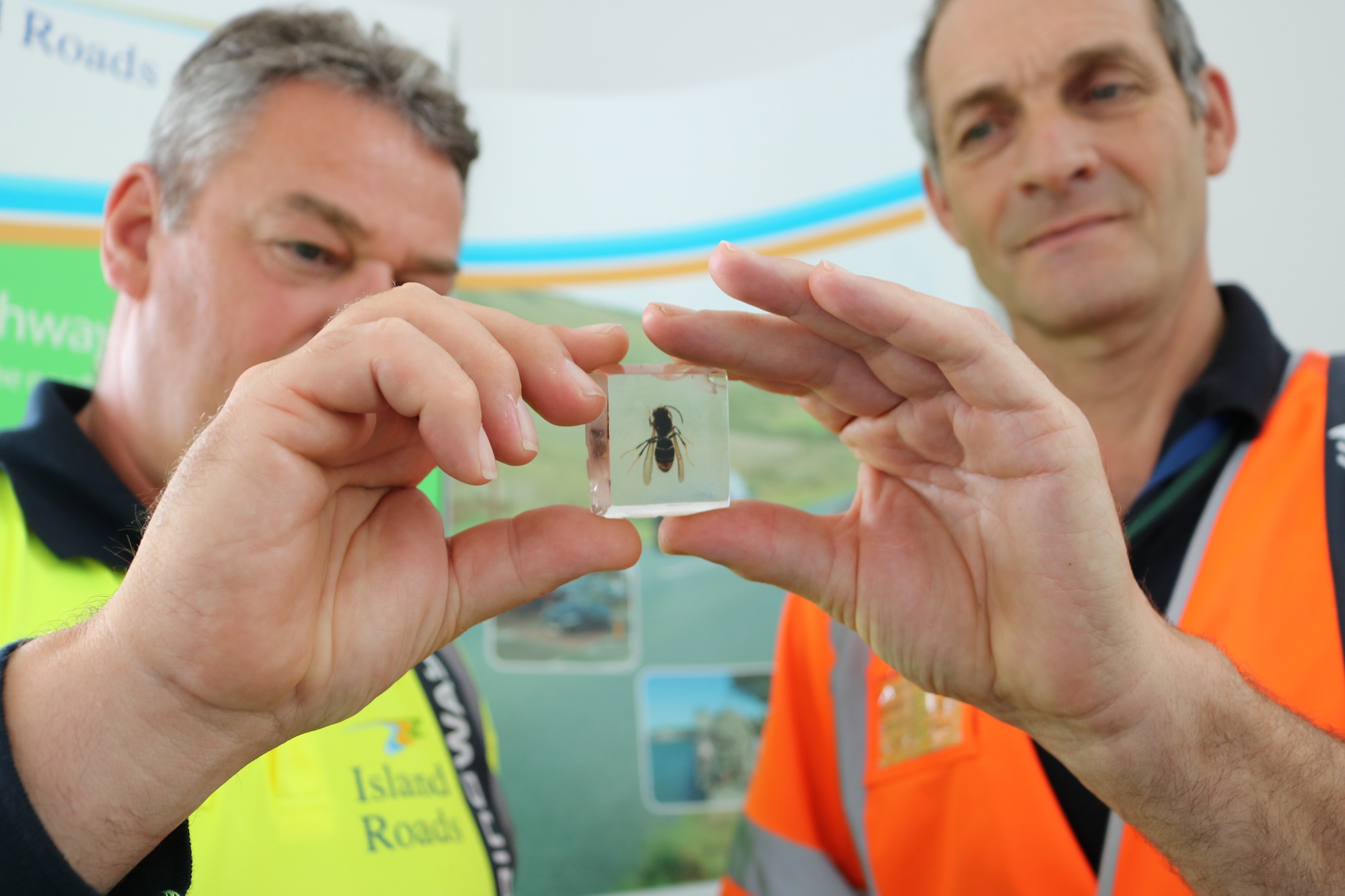 Island Roads is continuing its work with the Isle of Wight Bee Keeping Association to help look out for the invasive Asian Hornet, which poses a significant threat to native bee populations.

In 2019, Island Roads worked with Isle of Wight bee experts to brief staff on how to identify the unwelcome visitors should they come across one while outdoors undertaking their day-to-day work.

Thankfully, last year there were no confirmed Asian Hornet sightings on the Isle of Wight, but their arrival is anticipated with nests found in the New Forest, just across the Solent.

Asian Hornets have darker bodies than our native European Hornet and have distinctive yellow legs. They are also slightly smaller than our hornets, at around 3.5cm in length. They feed on bees, mayflies, moths and butterflies, all key pollinators and a crucial link in the food chain of our native wildlife.

Liz Van Wyk from the Isle of Wight Bee Keeping Association said: “We are really pleased Island Roads is continuing to take an interest in the threat posed by the Asian Hornet to our delicate ecosystem and its staff will once again be looking out for the pests and reporting any sightings.”

Stephen Ashman, Island Roads service director, said: “We have staff working outdoors across the Island daily, carrying out inspections and undertaking works so they are well placed to look out for these invasive creatures which could cause such devastation to our local bee population.

“We will continue to keep a look out for Asian Hornets this summer as we undertake our work and report any sightings so they can be investigated.”

Anyone who thinks they have seen an Asian Hornet should report it, with photo, to alertnonnative@ceh.ac.uk

Alternatively, you can report it via an App ‘Asian Hornet Watch’ which is available for download on iPhone and Android.

The Isle of Wight Bee Keeping Association also has a Facebook group called ‘Isle of Wight Asian Hornet Watch’ where information about the creature can be found and shared.