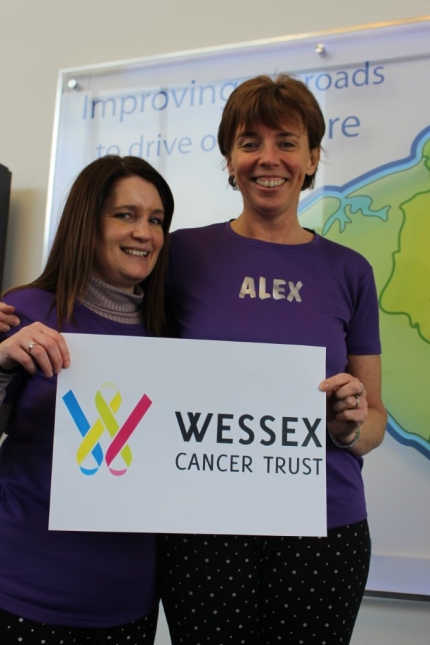 For most people running a marathon once would be a challenge but two Island Roads employees are pounding the streets of two major cities in as many weeks this spring as they take part in both the Paris and London Marathons.

Victoria Keefe and Alex Tunnicliffe, both busy mums, are already in training for this demanding undertaking which will also raise vital funds for Wessex Cancer Trust, a local organisation that provides support here on the Isle of Wight.

Their employer Island Roads has agreed to donate money to the sum raised from the run on April 9 in Paris and April 23 in London. Each Island Roads employee can apply for a maximum of £300 in such funding.

Victoria said: “We want to help this wonderful charity by raising its profile and awareness and to raise as much money as possible to which will make a real difference to the lives of local people living with cancer.”

Both woman ran the Paris Marathon last year and are keen to improve their times as well as raise money.

Alex said: “We are hoping to better our time of 5 hours 30 minutes, the training is going well and we are on target. Having London two weeks after Paris will be a challenge but we are just going to go and enjoy the crowds, do some celebrity spotting and soak up the atmosphere. There won’t be any personal bests, we just want to get round in one piece!”

You can support Alex and Victoria via the following link: