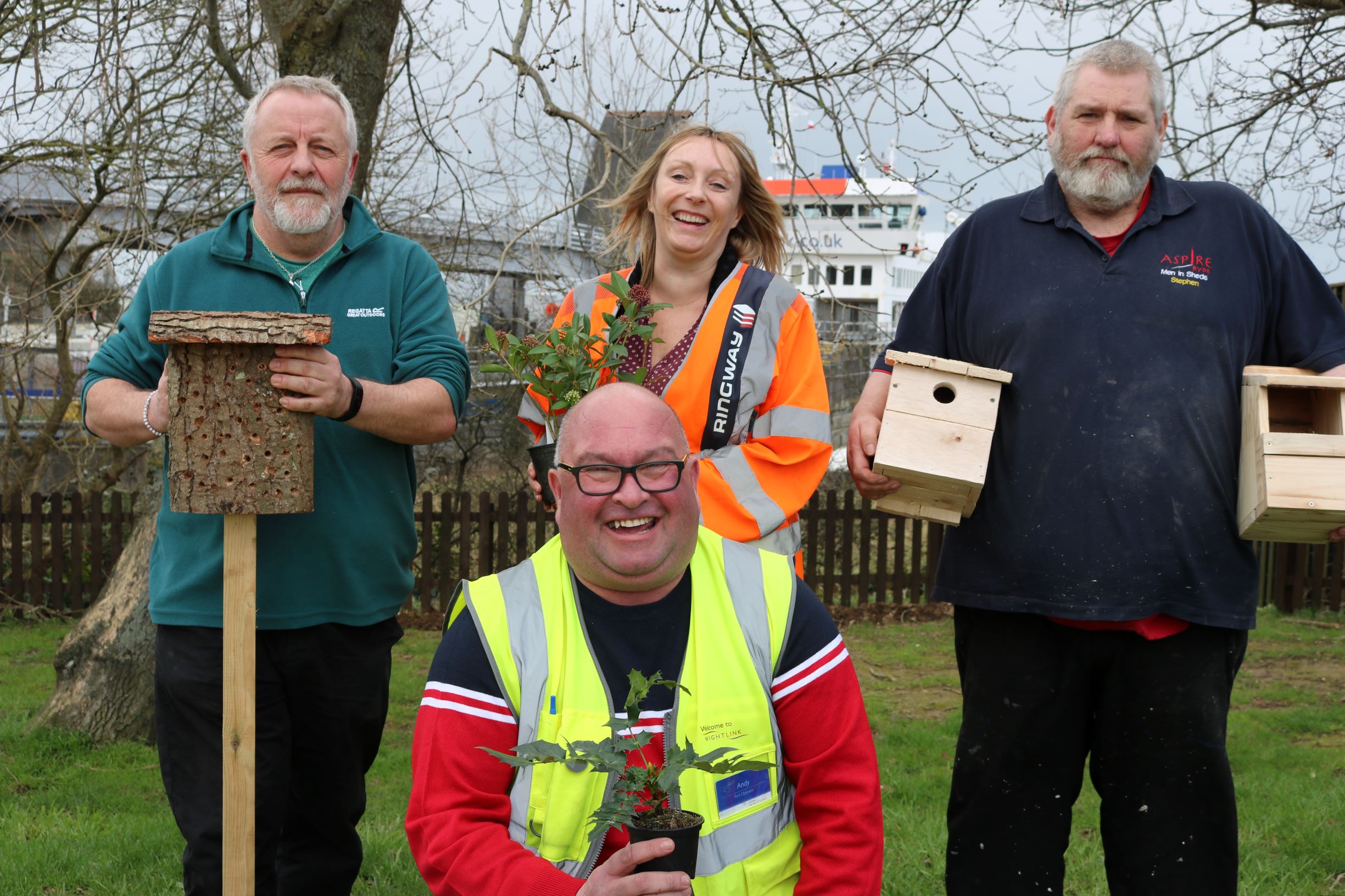 These features include bird and bat boxes and insect hotels as well as a planting programme to introduce shrubs with ecological benefit to provide Isle of Wight wildlife with food and habitats.

The Biodiversity Project will involve other Island businesses, organisations and schools in a sustainable community initiative.

The bird and bat boxes and insect hotels have been built and supplied by Men in Sheds, part of the Aspire charity in Ryde. The plants, all approved by Hampshire and Isle of Wight Wildlife Trust, have come from the Wootton-based Care in The Garden Community Interest Company. Environmental consultants Artecology, based in Sandown, have also been involved in planning the enhancements.

In addition, Island Roads will present Fishbourne Lane residents with bird and bat boxes to thank them for their co-operation during recent work to reconstruct and resurface the highway.

The project is part of Wightlink’s Green Agenda to make sure the ferry company operates as sustainably and environmentally responsibly as possible.

Wightlink’s Chief Executive Keith Greenfield said: “The idea of the project is to make sure that we maximise every opportunity to introduce wildlife friendly features to the Fishbourne terminal, home port of our hybrid energy flagship Victoria of Wight.

“We want our terminal – which already houses artificial rockpools or ‘Vertipools’ that create new homes for marine wildlife – to operate in harmony with its environment.

“We are determined that the Green Agenda will make a really positive difference to our environment and benefit the local community.”

Steve Ashman, Service Director at Island Roads, said: “We wanted to thank Fishbourne Lane residents following the extensive improvement work there last year. When we heard about Wightlink’s green plans for the terminal we thought it would be good to introduce steps to help the wildlife in gardens along Fishbourne Lane as well.”

John Goodenough of Care in the Garden said: “We are really grateful Wightlink sought to involve us in this imaginative project. It has provided a real boost for our work in bringing the community together, using gardening to change the lives of people who need a bit of support.”

Shane Randall of Men in Sheds adds: “This was a big order, which took quite a bit of effort, but we were delighted to deliver on time and support this very positive and welcome environmental initiative.”