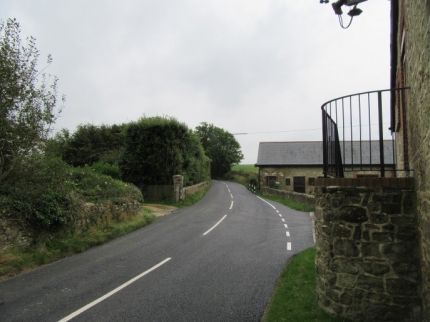 Billingham Shute was one of scores of roads improved during 2016

Island Roads has issued a ‘thank you’ message to residents and businesses at the end of the most intense period of road improvement ever undertaken on the Island – a feat this week welcomed by the IW Chamber of Commerce.

During 2016, four Island Roads crews between them working day and night have resurfaced more than 100 kilometres of highway of all types – from main strategic routes to lesser-used rural roads – across the Island.

The benefits this unprecedented work is bringing has been highlighted by the chamber’s chief executive Kevin Smith who said: “Nationally there is a huge backlog in pothole repairs coupled with a real reduction in the money available to councils to fix them. We are fortunate on the Island to have this unprecedented investment in the network and such a comprehensive upgrade programme.”

Mr Smith added: “Given the poor state of the roads inherited by Island Roads it will clearly take time to bring the network up to the required standard. But considerable progress has already been achieved and I look forward to this continuing in 2017. Scores of local companies are supporting Island Roads in this work so we also welcome the considerable additional investment the project brings to the Island’s economy.”

Last year’s resurfacing programme has now largely come to an end as the main winter months bring with them the conditions – freezing temperatures, wind and rain – that are unfavourable to large scale resurfacing. Work will however continue on several drainage and geo-technical schemes while, as main contractor for the Isle of Wight Council, Island Roads continues to make good progress on the scheme to improve the infrastructure at St George’s Way, Newport. Furthermore, planning is already underway for another intensive resurfacing programme in 2017.

Island Roads service director Paul Herbert said: “In 2016 we undertook an extremely intensive highway improvement programme. By careful planning and consultation and by undertaking work on the busiest routes overnight we hope we have done what we can to keep disruption to a minimum.

“However you cannot undertake an improvement project on this scale without having some impact on the road network so we would like to thank residents for their co-operation and understanding during these works. We hope that any short term disruption was offset by the improvements we are making to the network.”

The work last year was undertaken to meet the requirement to raise the average condition of  all road types evenly across the Island and involved the improvement of over 300 sections – or monitoring lengths as they are known – and 600 individual work shifts.

In other areas, Island Roads in 2016 issued nearly 2,000 Twitter updates and processed around 24,000 inquiries. Under its volunteering programme, employees have spent some 1,720 – hours – 215 days – working with local good causes.

An upgrade of the CCTV network has ensured that there are more than 100 enhanced cameras covering the network while many of the Island’s traffic signal sites including pedestrian crossings have been improved.

Sixty-five structures – retaining walls, road bridges and footbridges – have been upgraded, the last tranche of an initial programme to deep cleanse the Island’s network of 21,000 gullies has been completed alongside the deep cleansing of 180 culverts.

While next year’s programme is currently being devised, it will again be intensive with greater focus on residential roads.  There will of course also be further work on the strategic routes with investigations due to begin early next year to determine the scope of reconstruction work required at Fairlee Road and Forest Road, Newport. The 2017 programme will also feature four major and 20 minor drainage schemes while the footway improvement programme will also be stepped up.

Paul said: “The 2017 programme will again be ambitious in its intensity and scope and we look forward to explaining more about the schedule of work in the new year.

“Much progress has been made in 2016 but there is still much to do. Building on this year’s work we are confident the 2017 programme will bring about a further significant improvement in the Island’s highways network.”

During the winter, Island Roads will also be carrying out its winter maintenance programme. As part of this, two additional 15-tonne mechanical sweepers are currently involved in an Islandwide programme of leaf sweeping. These additional vehicles will work alongside our existing six vehicles until Christmas covering the period when leaf fall is most prevalent.

On the issue of potholes, that are typically more prevalent in the winter, Island Roads has earmarked additional resources for deployment as required to deal with any increase in reported defects. Up to four extra gangs, currently working in other areas of maintenance, have been identified to supplement existing resources if required.