Litter pickers up and running at Cowes Primary School 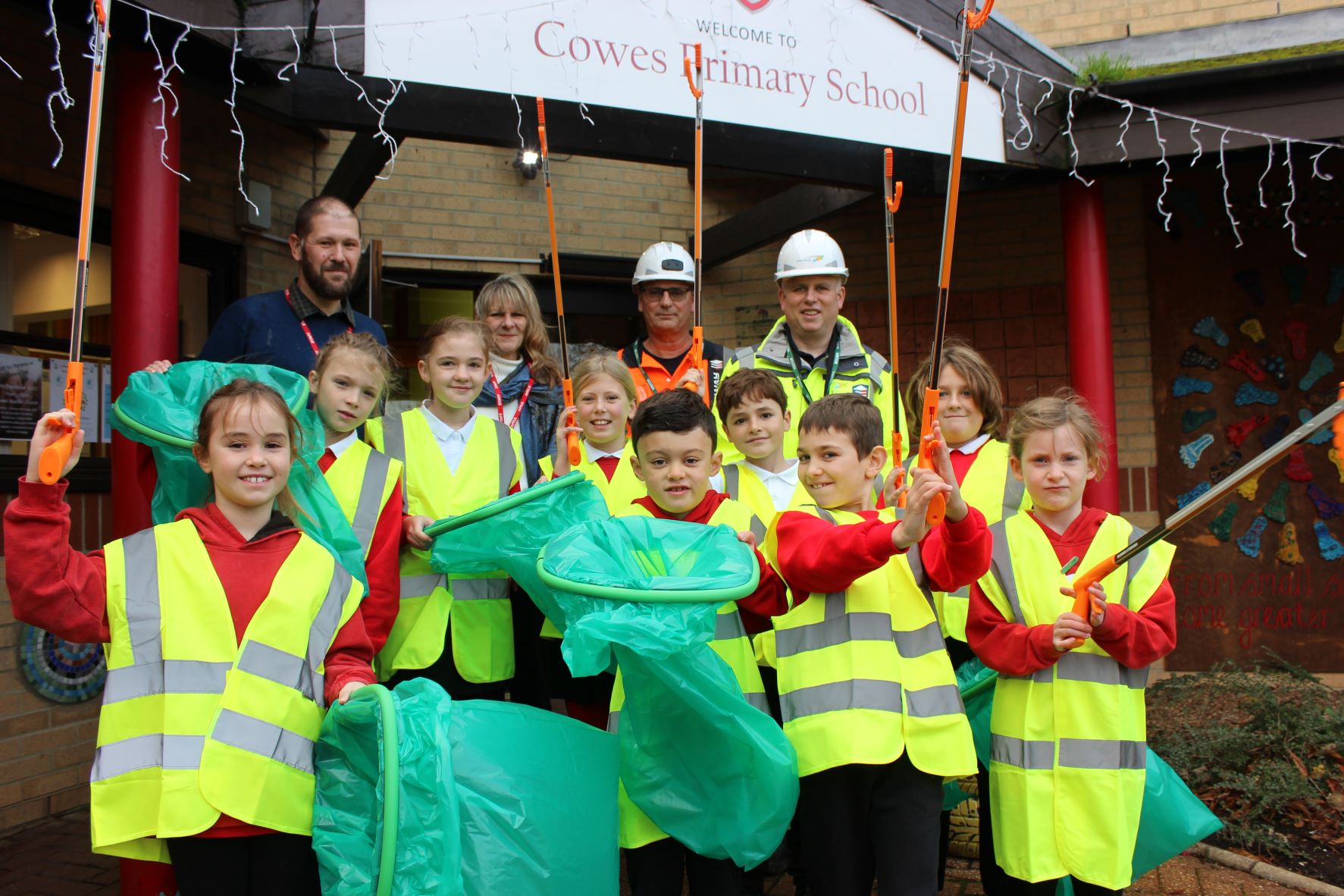 A new litter picking team is up and running at Cowes Primary School thanks to a helping hand from Island Roads.

Pupils from the school council, who are also its Eco-team, asked Island Roads for assistance in equipping a group with the kit they need to collect litter.

Their initial focus is a section of overgrown and untidy land adjacent to the school which the team is turning into a managed wildlife habitat under ferry company Wightlink’s Green Fund for Schools initiative.

But as well as being overgrown, the land is also adjacent a busy footpath and, as a result, has become heavily littered.

Teacher Tom Pratt who is leading the project said: “Clearing the land is a major step towards creating the nature area so we reached out to Island Roads to ask if they could assist.

“We were thrilled when they came back and offered to equip our school council with hi-vis jackets, litter pickers and plastic bags and special hoops that keep the bags open so litter can be place in them more easily.”

There was further assistance offered when Island Roads operations and maintenance manager Dave Wallis and environment supervisor Kev Legg attended the school to drop off the equipment.

“They took one look at the site and the amount of work involved and then offered to send a team down to cut away the scrub so we can get to all the litter,” Mr Pratt said.

“We weren’t expecting any of this so the help that has been so willingly and unexpectedly given has been a real boost to both the project and the pupils.”

During the visit, Dave and Kev also joined the pupils in carrying out an initial tidy-up of the site during which they showed the pupils how to use the new equipment.

Dave said: “It was great to be able to support such a great project and a really enthusiastic group of pupils. Hopefully our assistance will help the wildlife area along and we look forward to seeing the finished project.”