Major Arreton work to finish ahead of schedule 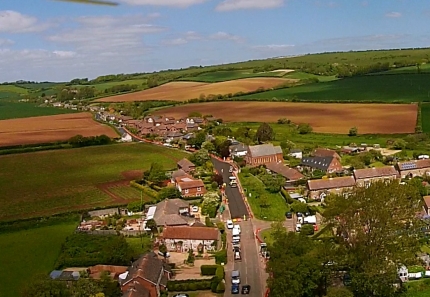 The work under way at Arreton

Work by Island Roads to reconstruct and resurface the main road through Arreton is due to be completed next week – some four weeks ahead of schedule.

A number of factors have combined to ensure the project to upgrade the previously substandard two-kilometre stretch between Arreton Cross and the Fighting Cocks Cross has progressed quickly and the impact on local businesses minimised.

“We have had a sustained period of fair weather coupled with the fact that the ground conditions we have experienced were no worse than expected and, in some cases, more favourable,” said Island Roads service director Paul Herbert.

“We have also received tremendous support from the Arreton community and from other road users who have observed all the restrictions necessary for us to undertake the work as swiftly and as safely as possible.

“All this has combined to help us make rapid progress and we are delighted to be able to re-open what is a greatly improved stretch of road ahead of schedule. I would like to thank the Arreton community and all those who use this busy stretch for their understanding and co-operation during this very intensive period of work.”

As well as re-opening the road to traffic from next week, complementary work to upgrade the footways along the stretch should also have been completed.

The improvement project began after local businesses said they would prefer the work – which because of its nature had to be undertaken in dry conditions – to be completed in one go rather than in a series of smaller schemes which they felt would have caused greater disruption. As part of steps to minimise disruption, Island Roads constructed a temporary access road for users of the Arreton Barns complex and for Arreton St Georges CE Primary School.

Cllr Phil Jordan, the IW Council executive member with responsibility for the PFI, welcomed the early completion of the work.

“Recently I have said that residents must expect some disruption if we are to undertake the scale of work necessary to bring our roads up to standard. I think the work at Arreton shows that though this improvement work is sometimes disruptive, it does bring with it long-lasting benefit.

“I congratulate Island Roads not only in doing a good job ahead of schedule but in seeking to ensure residents were kept aware of the project before and during the work.”