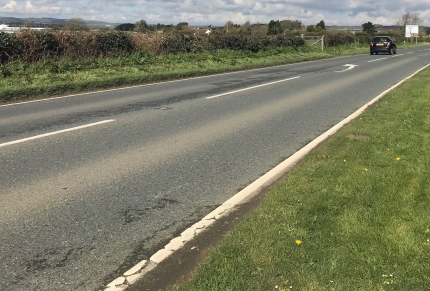 Two roads in East Wight are to be upgraded by Island Roads shortly.

The schemes, among the first in what will be another busy year of highway improvements, will see sections of Canteen Road in Apse Heath and the main road at Hale Common resurfaced.

Work on both projects will be undertaken at night in order to minimise inconvenience to road users.

The work at Canteen Road between Whiteley Bank Roundabout and Princelett Shute is scheduled to begin on April 8 for seven nights. The project at Hale common between Branston Farm Studies Centre and the Fighting Cocks is due to start on April 17. There will be five nights resurfacing work followed by four nights reinstatement of cat’s eyes and painting new line markings.

In both cases, the roads will be closed during work hours of 7.30pm to 6am.

The small number of residents affected by the works have been notified by letter and local diversions will be in place during work.

Keith Gourlay, Island Roads construction manager, said: “These two schemes will bring a significant improvement to the infrastructure at these largely rural but nevertheless busy and important locations.

“The work will also mean that under the Highways Improvement Partnership, Island Roads will have completed the resurfacing of the entire stretch of main road between Newport at St George’s Way and Lake, a distance of 13km.”