New bus will be connecting the Bembridge community 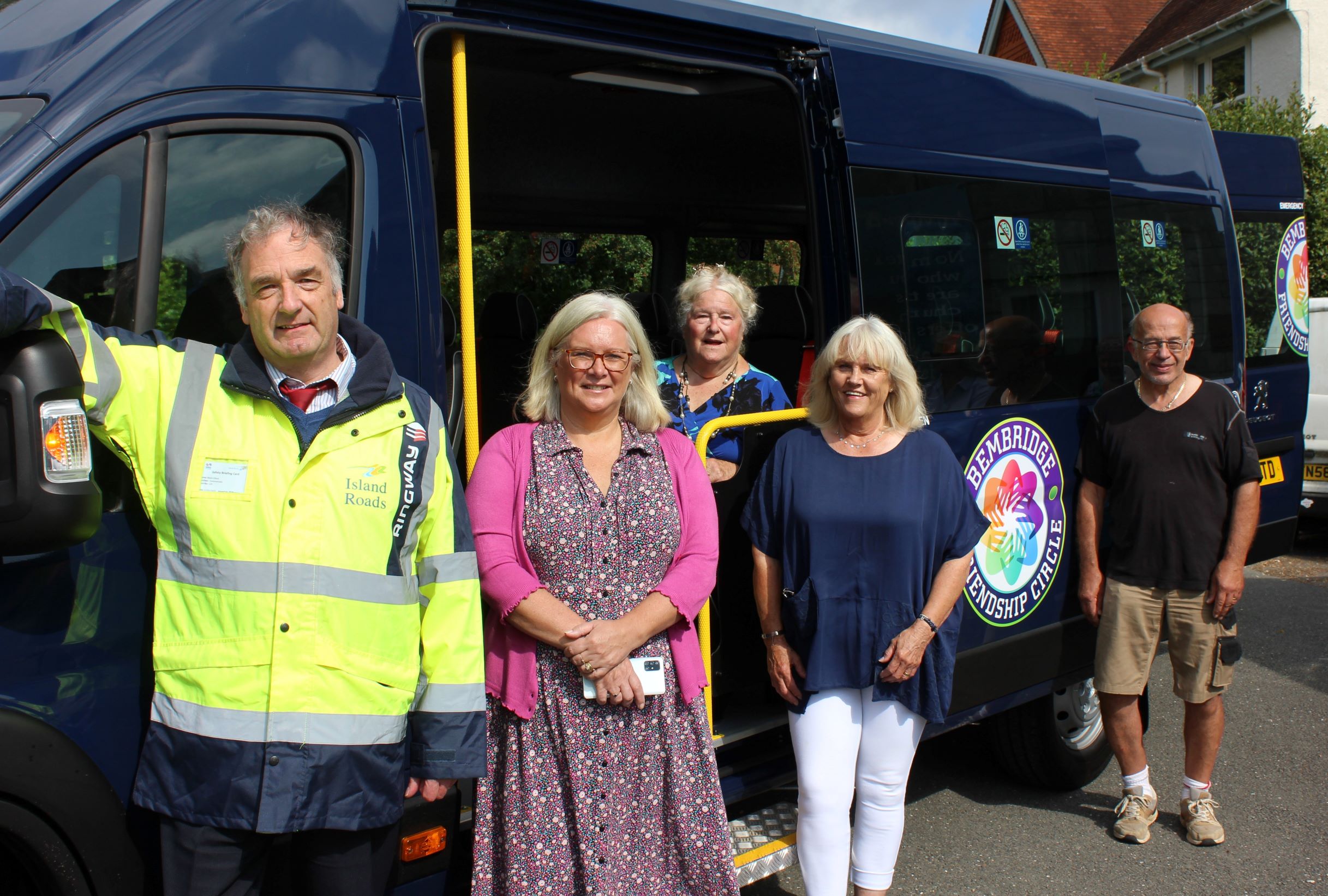 A brand-new community minibus purchased by Bembridge Friendship Circle has been taken on its maiden journey.

The modified vehicle has been purchased following years of fundraising by the Friendship Circle supported by a £10,000 grant from the IW Foundation which is made up of the partners in Highway PFI company Island Roads.

Island Roads quantity surveyor and Bembridge resident Mark Elliott, who supported the Circle’s successful bid to the foundation, was among those to wave the bus off on its first journey

“It is such an exciting, feelgood moment for us and hopefully the community,” said Sheila Weedall, an outgoing Circle Trustee who has been among the team fundraising for the bus in recent years.

“We have held numerous events to keep the money coming in because it was clear for some time that the old community bus was coming to the end of its useful life and becoming unreliable and more expensive to maintain.

“The bus is driven by volunteers and used by various community groups to ensure access to social events such as the twice-weekly Luncheon Club at the Cloisters and coffee mornings at the Village Hall.  It is also used by Bembridge Primary School and the local scouts and football club so people young and old will benefit from the new bus.”

As well as being more reliable, the new bus is also fitted with equipment to ensure it can be used by those with mobility issues.

“It is going to make such a difference to so many people. We are delighted our fundraising has reached its target and we are also extremely grateful to the IW Foundation whose contribution was by far the largest single donation,” Sheila said.

Mark said: “Living in the village I have seen first-hand just how important the bus is to so many people in terms of keeping them connected. I’m really pleased to have played a part, on behalf of Island Roads, in helping the Circle provide this much-needed new community bus.”

The IW Foundation is jointly funded by partners Island Roads, Meridiam, Island Roads Services and VINCI Concessions. Since 2013, the foundation has donated well over half a million pounds to scores of local charitable organisations working to tackle social exclusion.