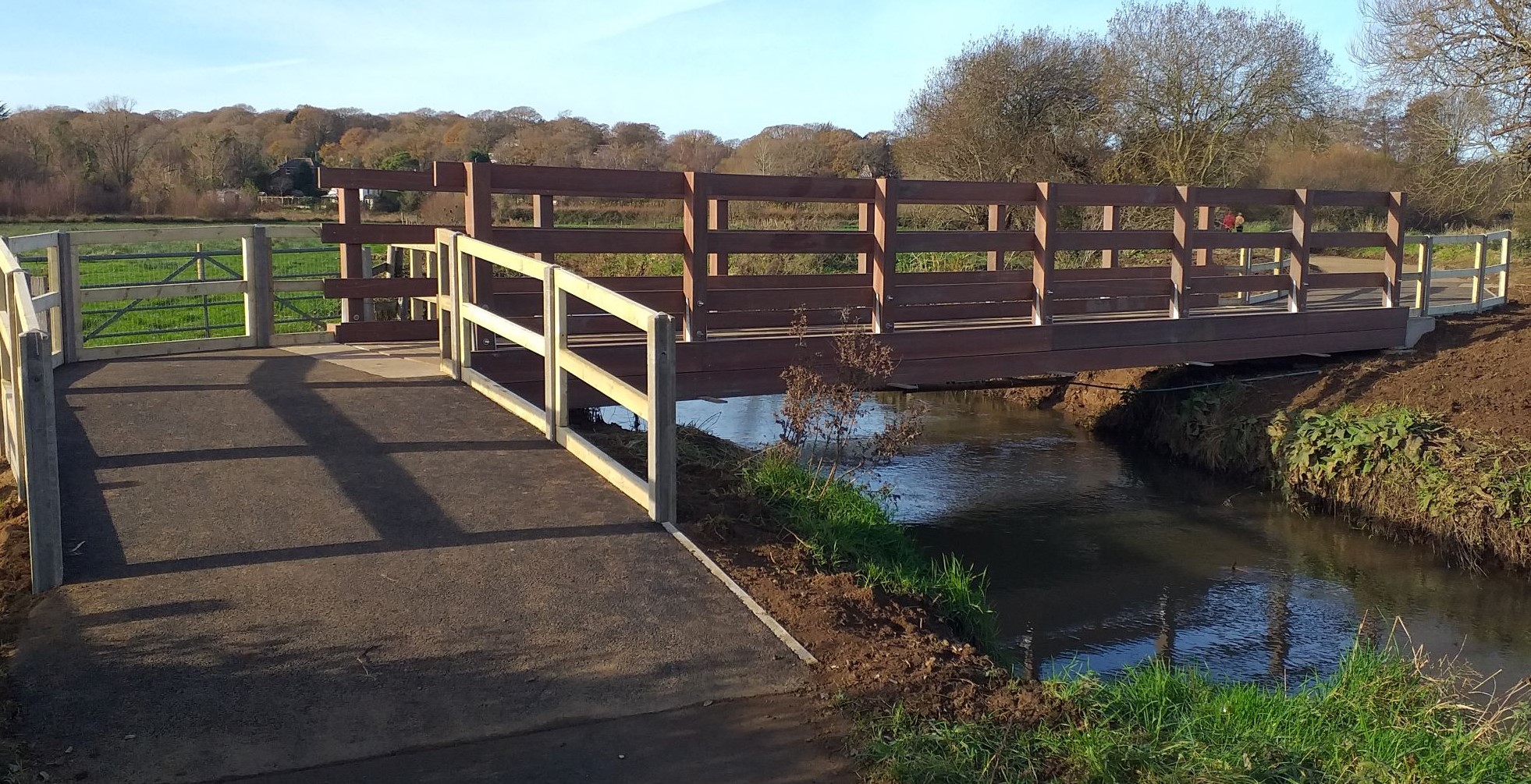 Work by Island Roads to upgrade a key section of the Sandown to Newport cycle track has been completed.

In partnership with the Isle of Wight Council, Island Roads has replaced the former footbridge over the Eastern Yar at Alverstone with a new, longer, wider version also including higher parapets, making it suitable for use by horse-riders as well as cyclists and pedestrians.

For the first time, it will now be possible for ridden horses to follow the whole route from Shide to Sandown along the track.

Horse-riders on the Island and beyond have been involved in the planning and delivery of the new bridge section, and the work was delivered with the support and cooperation of the IW Bridleways Group and British Horse Society. Both organisations also made a financial contribution to the scheme.

The work was completed on schedule despite periods of flooding during heavy rainfall in November.

This section of the cycle track lies within a flood plain and the new bridge has been raised slightly to keep it clear of floodwater. Doing so not only means it is less likely to be rendered impassable because of high waters, it is also less prone to damage or to affecting the river flow.

The original bridge was due to be refurbished by Island Roads under the highways PFI contract, but the Council stepped in to provide additional funding for the replacement project.

“While we have been undertaking work it has been necessary to close the track at this point so we would like to thank those who have helped us by following the signed diversion,” said Ian Hodson, Island Roads structures manager.

“We hope cyclists, pedestrians and horse-riders will agree the small period of inconvenience was more than offset by the benefits of a new, more accessible bridge.”

Ian Ward, cabinet member responsible for the Highways PFI said: “We are delighted that by working with Island Roads we have been able to deliver an enhanced scheme that increases access to our magnificent countryside.

“I would also like to acknowledge the contributions from the IW Bridleways Group and the British Horse Society and we look forward to working with them again in the future.”