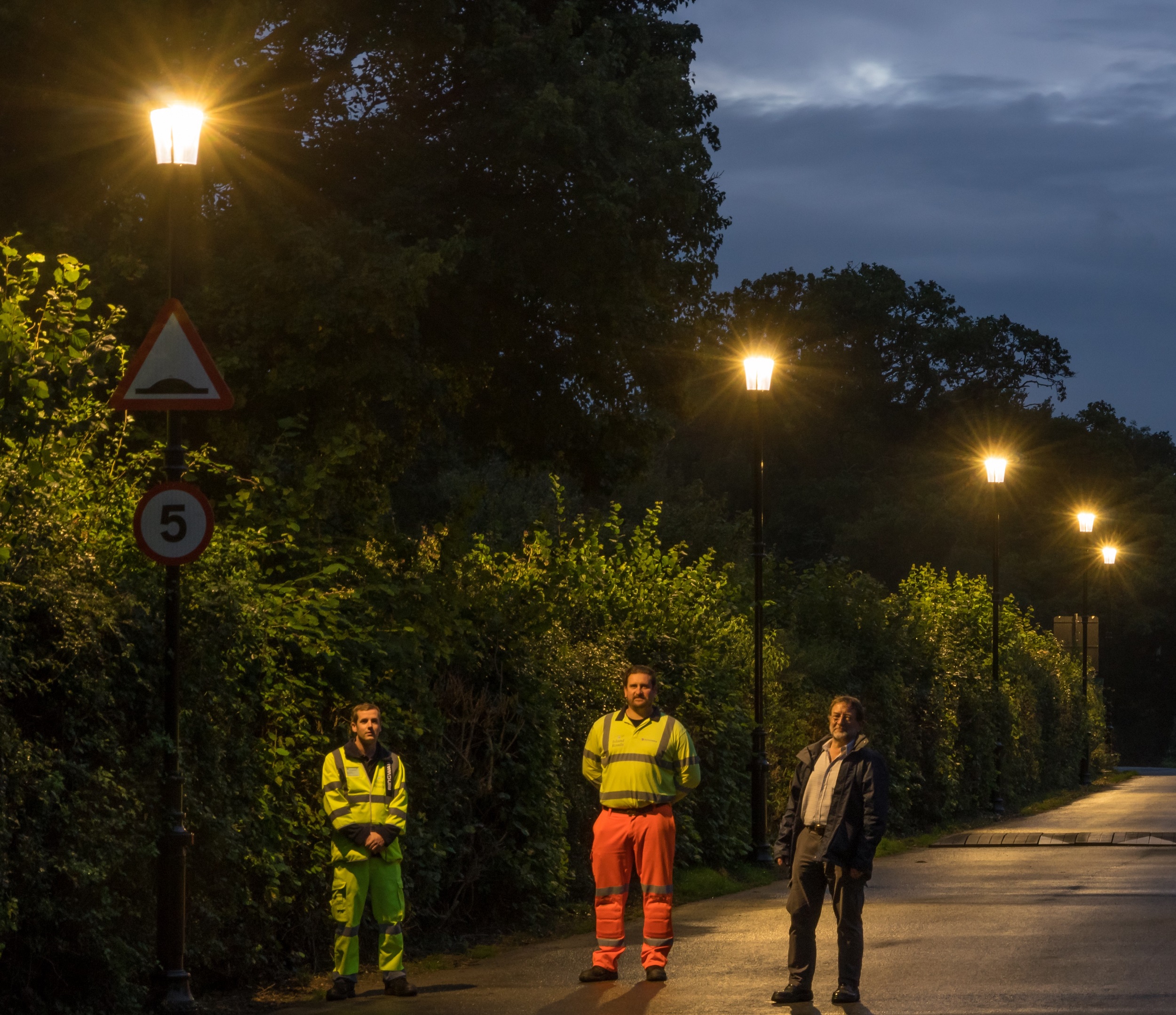 Five new heritage-style street lamps have been installed at the Isle of Wight Steam Railway’s Havenstreet base to throw some authentic and atmospheric light on the way from the attraction’s main car park to its ticket office.

Island Roads were commissioned by the steam railway to source and install the new lights and columns, which needed to be in keeping with the station’s 1940s theme.

Staff at the steam railway had considered restoring some original cast iron lighting columns, but the steep sided location in which the columns needed to be sited, along with the need for energy efficient lamps meant that option was ruled out.

Having worked with Island Roads on a number of projects previously, IW Steam Railway approached the company for advice and found that modern heritage-style lighting already used in some of the Island’s towns offered a solution.

Bob Huxtable from the IW Steam Railway said: “We’ve got a good working relationship with Island Roads and their street light technicians were happy to offer advice and guidance. We are really pleased with the lighting they selected, which fits with our historic site while offering us state of the art lighting which is both low energy and can even be controlled remotely via our mobile phones.”

Scott Burborough from Island Roads said: “It was a pleasure to help the team at the Isle of Wight Steam Railway to find a lighting solution. As well as being energy efficient and designed to minimise upwards light spillage, the new lamps really look the part and fit well with the site’s railway heritage.”