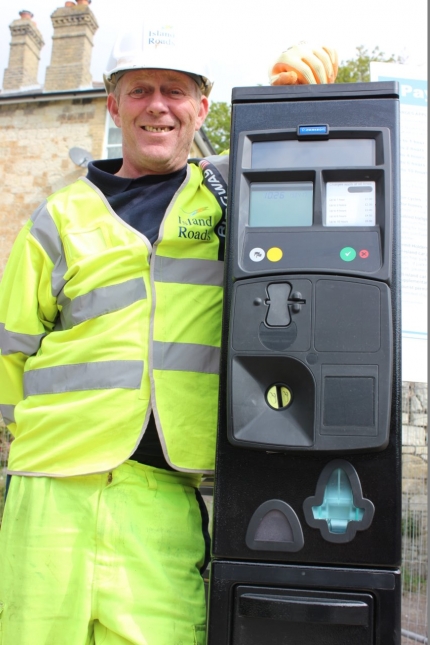 Island Roads has begun the first phase of work to replace the 136 parking ticket machines for which it is responsible both on-street across the Island and in the Isle of Wight Council car parks.

In the coming weeks, 44 new machines will be initially installed at locations across the Island. These initial locations focus on where the machines are in most use and/or have historically required the most maintenance.

The remainder of the 136 parking machines are scheduled to be renewed over the next two years.

All of the new machines – some of which will be solar powered – will be able to accept the new £1 coin, which has now entered use.

Those machines not in the first phase of replacement will have new mechanisms installed over the coming weeks to ensure they are also able to accept the new £1 coin.

A notice has been put on all machines currently unable to accept the new £1 coin advising people to use the existing £1 coin that remains legal tender until mid-October.

Both replacement and converted machines will be able to accept both forms of the £1 coin (old and new) until mid-October.

Dave Wallis, Island Roads operations and maintenance manager said: “Island Roads is investing heavily in renewing ticket machines across the Island when the current stock reach the end of their serviceable life and require increasing levels of maintenance.

“These new machines will be much more reliable and should significantly reduce the number incidences where the machines are out of order which will reduce inconvenience for the customer.”