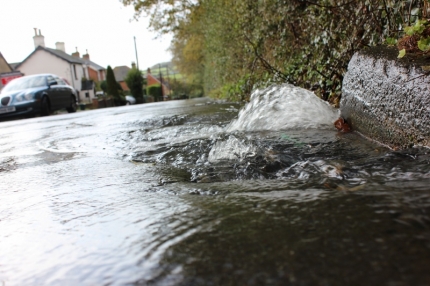 Work is to start shortly on a major drainage scheme to address the frequent flooding of Pallance Road at Northwood.

The work by Island Roads as part of the Highways PFI will install improved drainage along a near kilometre stretch of Pallance Road, replacing the existing system which is frequently overwhelmed during rainfall.

The scheme involves digging out the existing drainage system and replacing it with one of larger capacity with features built in that will reduce the likelihood of the system backing up and subsequently overflowing.

“Anyone who lives on Pallance Road or who uses it regularly will know that the surface regularly floods during periods of rainfall because the current system is no longer able to cope,” said Garry Stretch, project manager.

“This project will create a new system that will have a much greater capacity which should dramatically reduce the likelihood of flooding. It will provide a road that is safer to use and more durable because it will not have the pooling and flow of surface water that it currently experiences.”

Though this kind of work is traditionally carried out in the drier summer months, it is being undertaken between December and March so the road, which is part of the route serving areas such as Thorness and Newtown that are important to the tourist trade, is clear for the holiday season.

During the work, which will take place from early December to the end of March 2015, the road will be closed to through traffic and a diversion will be put in place. Access to residential properties and businesses will remain throughout and the road will be re-opened to all traffic over the Christmas and New Year period.

Gary said: “While a scheme of this magnitude will inevitably cause some inconvenience, we hope that this will be more than outweighed by the delivery of project that will offer a solution to the long standing flooding issues in Pallance Road.”