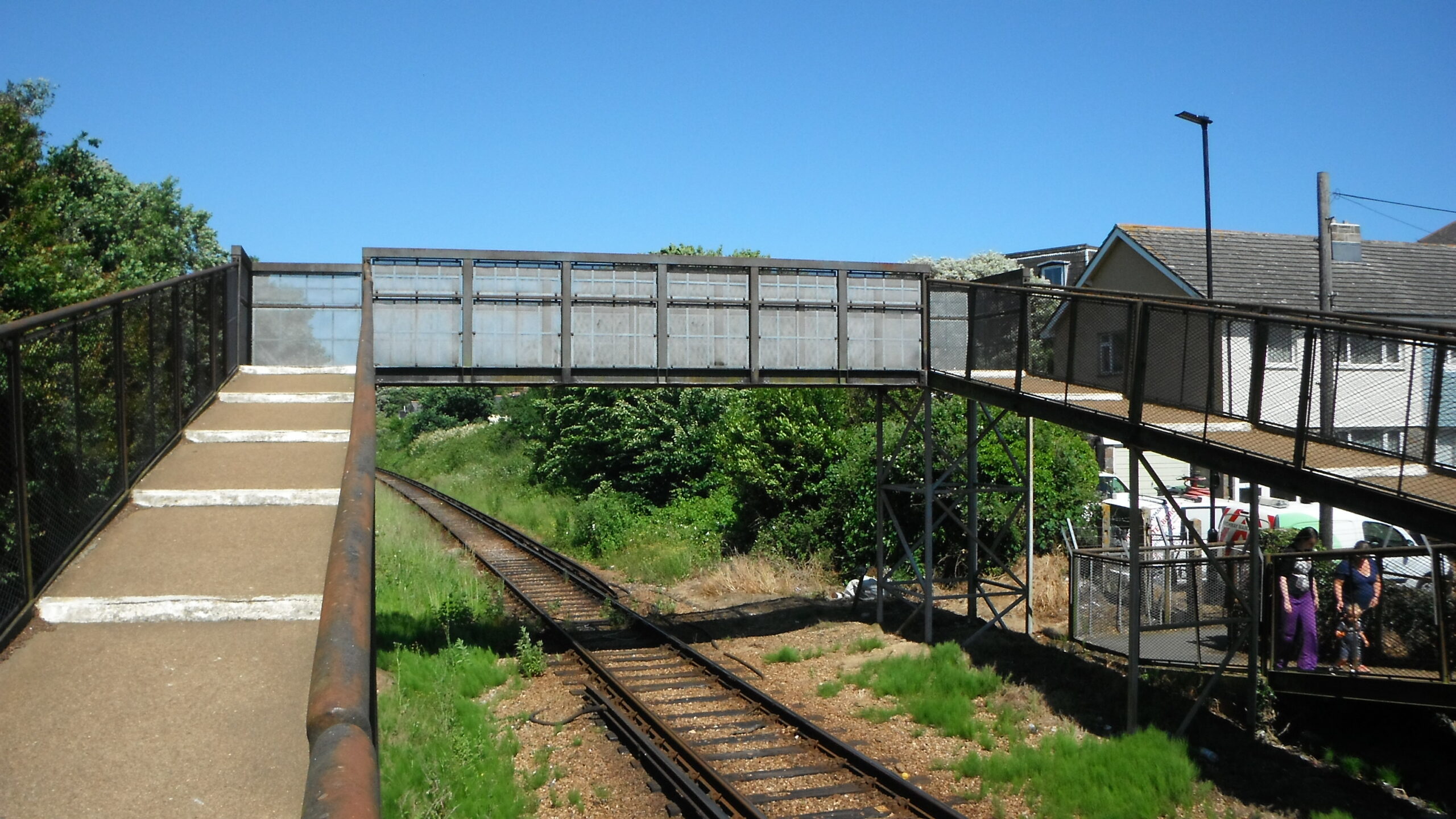 Work to refurbish two busy footbridges over the railway line in Lake is to be undertaken by Island Roads early in the new year.

The footbridges at Skew Bridge and Arlesford Road will both be refurbished to ensure they are at the standards required by the Highways PFI contract.

Skew Bridge will be taken down in sections and stripped back and repainted off-site before being re-assembled and brought back into use. The deck plates – the footway surface – will be replaced as part of the work.

Because there is more available space at its location, the work to Arlesford Bridge will be done with the structure in situ. Again this will be stripped back, repainted and any necessary repairs to the steel structure and concrete deck will be undertaken.

Though subject to change, the work on both bridges is currently scheduled to begin on January 12.

Traffic management – as well as plans to allow people to cross the railway line – will be required during work. Plans are being finalised and will be announced in detail early next year but it is envisaged there will be a road closure on the main Shanklin to Lake road in place for a day while Skew Bridge is removed in sections and then a further day closure around five weeks later when the structure is re-assembled on site.

Work on Arlesford footbridge will begin at the same time as Skew but last up to eight weeks. As the work is being done while the bridge is in situ, no road closure is necessary but Island Roads is looking at solutions to ensure pedestrians are catered for while the bridge is out of use.

Jason Boulter, Island Roads project manager, said the work had been timed to coincide with improvement work being carried out by IslandLine during which trains were not running.

“While we are seeking to keep disruption to a minimum, it is unfortunately not possible to carry out these refurbishments without some localised inconvenience, particularly to bridge users,” he said.

“We are working with the IW Council examining ways of maintaining connectivity while the improvements take place and will keep the local community well informed of arrangements before and during the work.”