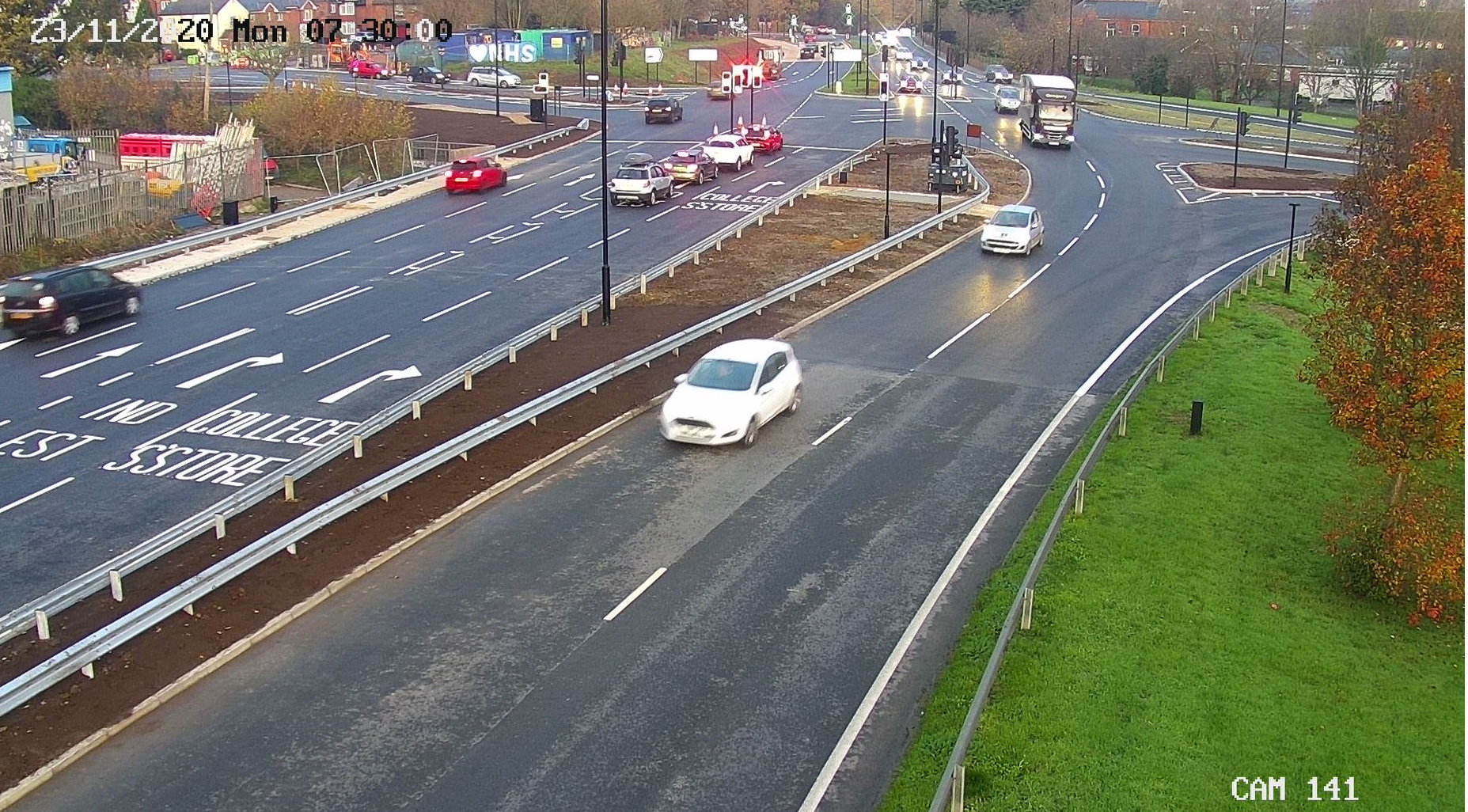 The linked traffic signal controlled junctions are now fully operational with all lanes open to traffic for the first time.

Despite eight named storms and the impact of the coronavirus pandemic, work on the Isle of Wight Council strategic junction improvement scheme has been delivered to schedule.

The work will improve traffic flows across the busy junction now and well into the future, creating capacity for development envisaged in the Medina Valley over the next 15 years.

This has been achieved by replacing the previous roundabout with a system of ‘intelligent’ traffic signals that are responsive to traffic volumes as well as the creation of additional dedicated slip lanes for traffic turning from the dual carriageway to Forest Road, Hunnyhill and Dodnor Lane.

The project provides for improved connections between central Newport, St Mary’s Hospital and the Isle of Wight College for cyclists and pedestrians and enhanced facilities for bus users which are already improving journey time reliability between Newport and Cowes.

There are three new ‘toucan’ crossings for pedestrians and cyclists at the top of Hunnyhill, Forest Road and across the dual carriageway to the hospital, as well as improved bus shelters at the hospital and Hunnyhill.

While the main junction improvements are now complete and the creation of a new cul-de-sac in front of the homes between Hunnyhill and Forest Road has been completed, further landscaping works are still underway. Anti-skid surfacing will also be laid on the approaches to the signals in April.

The project has been funded by a government grant and is part of a series of measures to reduce congestion in and around Newport.

Work is also now beginning on another of these schemes to widen St Georges Way, extending the lanes at either end to reduce congestion in the area.  You can read more about this work here.

We would like to thank road users, businesses and residents as well as local schools and the Isle of Wight College for their patience and understanding during construction.

We would also like to thank the many businesses, not least Island companies like Crown Park Construction and Wight Building Materials as well as our own crews, who have worked flexibly and with great dedication throughout to keep the project moving.

The new system is designed to improve journeys and journey times for pedestrians and cyclists as well as motorists and bus users and we are confident the benefits of this work will quickly become apparent to all users.  However it may take time for people to get used to these new arrangements and we would urge all road users to take additional care when using this junction until they become more familiar with the new road layout and signals.