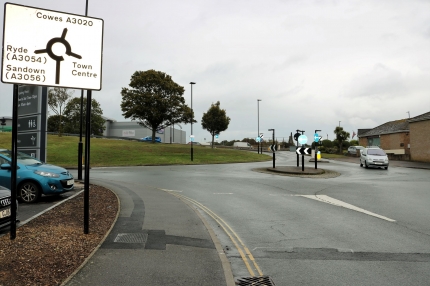 The Lidl Roundabout in Newport

Improvements are to be carried out to busy sections of the Island’s highway network in a series of night-time resurfacing projects by Island Roads this month.

Cedar Hill at Carisbrooke, Shanklin Road’s approach to Whitely Bank roundabout and West Street in Ryde are all scheduled for improvement work.

In Newport, the Lidl Roundabout at Holyrood Street, the Daish Way Roundabout, and South Street, Newport outside the bus station are all also programmed for improvement.

The works are being undertaken overnight in order to reduce disruption given the busy nature of the sites.

Though much of the focus of this year’s improvement programme is focused on residential roads, there is still significant activity planned for the busier sections and the August programme reflects that.

Information signs will be put out in advance of the schemes to advise motorists of the necessary closures and letters will be sent to affected residents to explain more about the work.

The improvement will be undertaken between the hours of 7.30pm and 6am although the Lidl Roundabout will remain open until 10pm each night to accommodate the late opening hours of the store.

Keith Gourlay, Island Roads construction manager said: “These are all schemes to improve busy roads and junctions but by working at night – as we have done throughout the project – we do hope to minimise disruption.

“We would like to thank residents and businesses in advance for their understanding and co-operation and we look forward to delivering these improvements at some very prominent and well-used locations.”

As always, the programme is subject to change but the Shanklin Road scheme, which includes the renewal of high friction surfacing is scheduled for four nights starting August 19, Lidl and Dodnor roundabouts for one night each on August 27 and 28 respectively, Cedar Hill in Carisbrooke over a single night on August 29, South Street on August 30 and West Street for nine nights starting Sept 2.