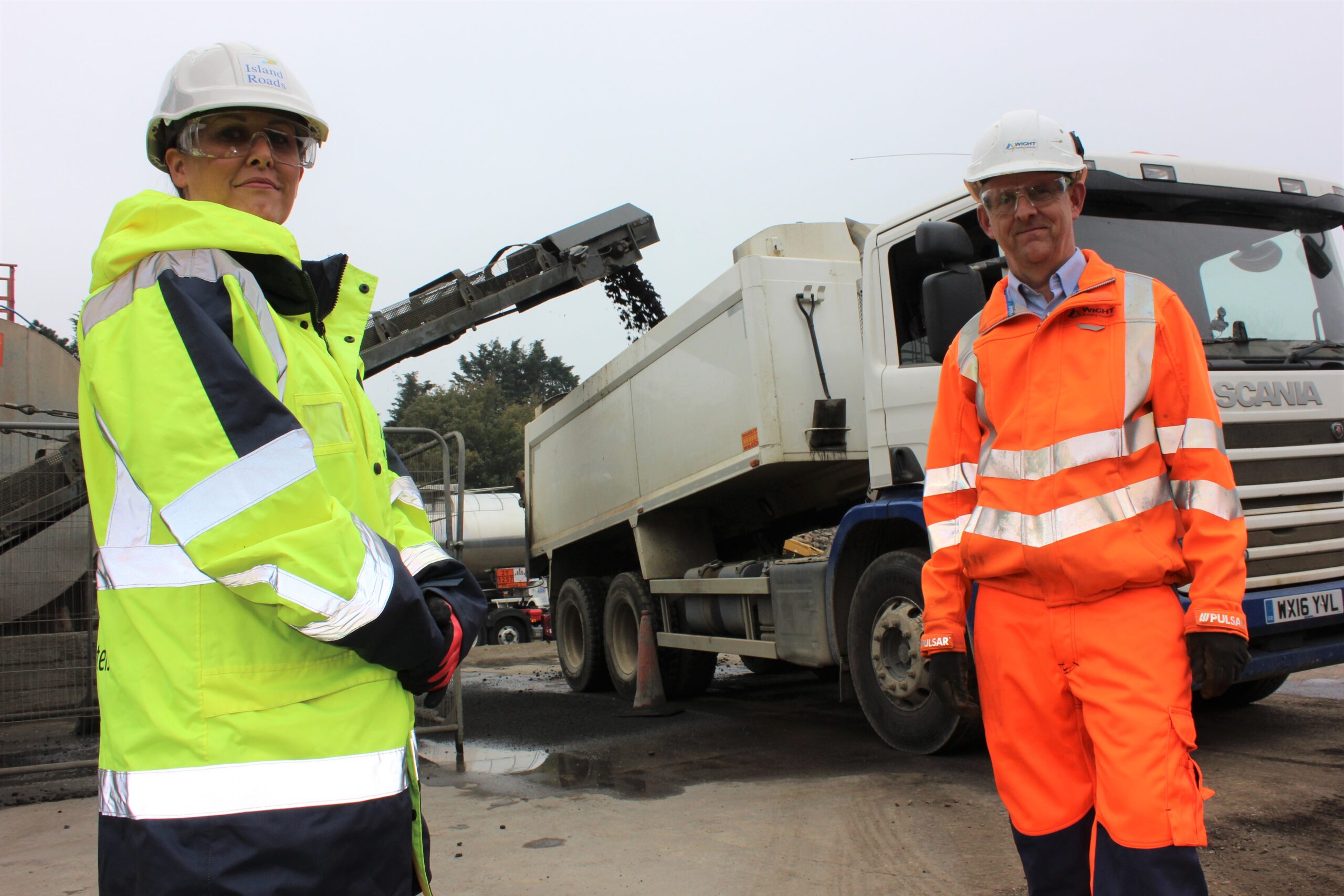 A high-tech process in which recycled material is used to resurface roads on the Island has reached a significant milestone.

The work to improve Whitwell Road in Godshill will mean that 250,000 tonnes of recycled surface material – all taken from the Island’s highway network – will have been used during the Highways PFI programme. Coincidentally the milestone comes during 2020 Recycle Week.

The recycled resurfacing product is called Recofoam and is produced on the Island at Wight Building Materials’ HQ at St George’s Down on the outskirts of Newport.

It is formed by treating old ‘blacktop’ that has been planed off the road surface in advance of resurfacing. The planed material – which might otherwise be sent off-Island for landfill – is crushed and screened and then blended under pressure with foamed bitumen to produce the recycled surfacing material.

Not only is the whole process undertaken on the Island, reducing transport costs, Recofoam can also be laid cold which further reduces energy use. The whole process is highly regulated and operated under strict permit conditions from the Environment Agency.

Steve Ashman, Island Roads service director, said: “The use of Recofoam technology is just one of the ways Island Roads seeks to minimise its carbon footprint during what is a sustained period of highway engineering on the Island.

“It allows us to re-use large quantities of road surfacing materials that might otherwise be shipped over to the mainland for disposal. Recycling as much material as we can saves on both landfill and transportation costs and it is especially pleasing to be working with another Island business – Wight Building Materials – to undertake the process.”

Steve Burton, general manager of Wight Building Materials said: “The level of road improvement activity under the PFI has allowed us to invest in the plant required to produce Recofoam. In turn, the product has also been instrumental in helping Island Roads undertake such intensive highway improvements while at the same time managing its carbon footprint as required.

“It is great to see that as well as proving an economic boost, the project is also being delivered in an innovative way that is mindful of the need to recycle where possible.”

The Recofoam recycling process was originally introduced in the UK by Ringway – a partner in Island Roads, in 1998. The process can also use recycled cement and glass to produce resurfacing material and there are plans for it to use rubber from old tyres which are historically difficult to recycle.