Rescuers get anniversary gift from the Isle of Wight Foundation 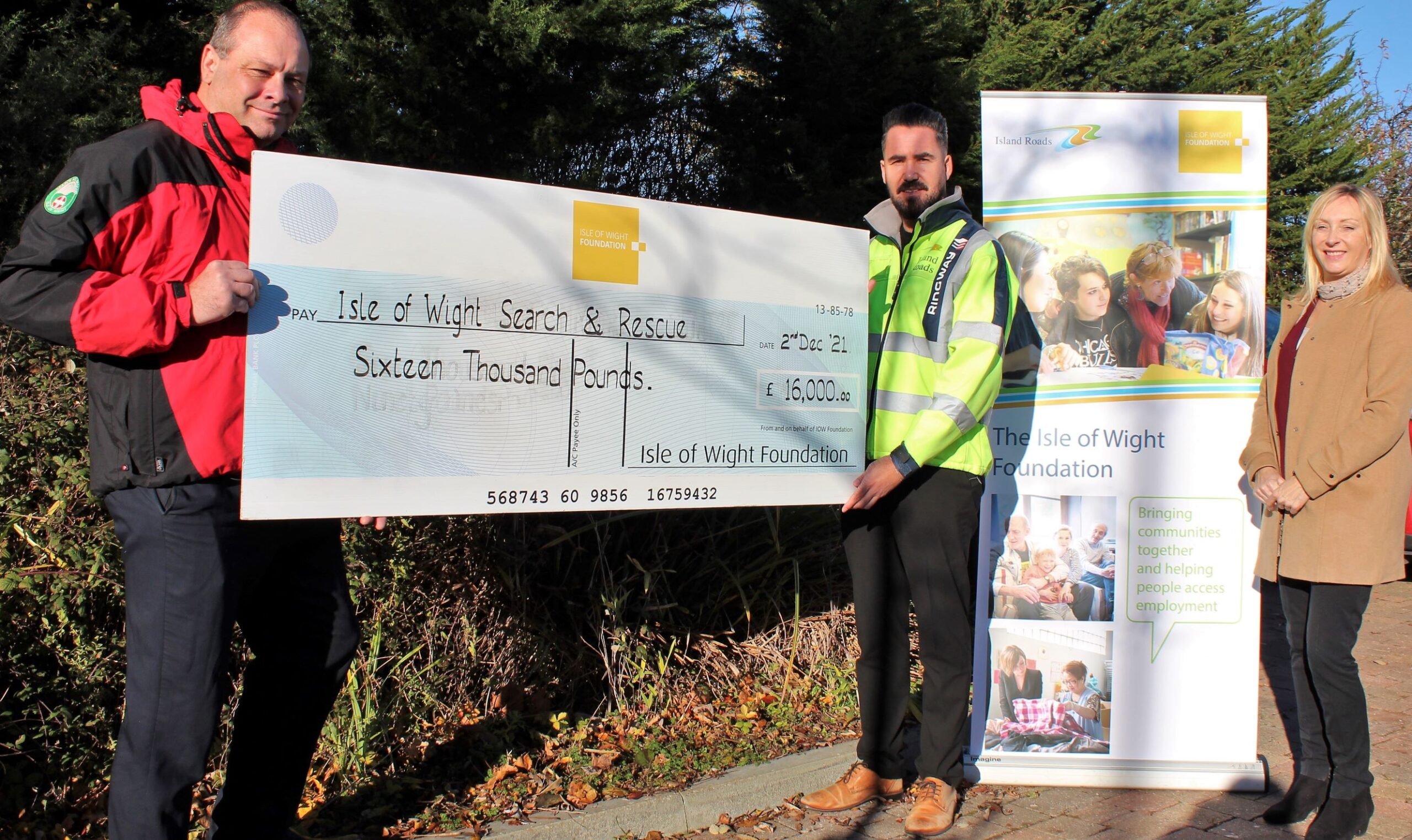 Search and rescue organisation WightSAR has received a welcome gift on its tenth anniversary – a £16,000 cheque from the Isle of Wight Foundation.

The money will help the organisation buy and adapt a much-needed new command vehicle to replace the existing one that is 13 years old and increasingly unreliable and expensive to maintain.

The grant is the first of 11 totalling over £85,000 to be announced this year by the Isle of Wight Foundation which comprises the partners behind Highway PFI company Island Roads: Ringway Island Roads, Meridiam, Island Roads and Vinci Concessions. Each year, the Foundation award grants of between £3,000 and £16,000 to help good causes tackle social exclusions and since 2014 nearly £630,000 has been awarded to such organisations.

WightSAR founder and chairman Dean Terrett said he was thrilled to receive the £16,000 from the Foundation – particularly as it coincided with the group’s tenth anniversary.

“Over the past ten years, our members – none of whom are paid – have provided over 26,000 volunteering hours at all times of the day or night and often in extreme weather conditions,” he said.

“Quite simply, these extraordinary members give up their time with their own families to save the lives of someone else’s loved one.  We owe a huge debt to their families for their patience, understanding and support.

“But we are also extremely thankful for the ongoing support we receive from local businesses, the public, and charitable bodies such as the IW Foundation. Without this support, we simply would not exist.”

Dean said the search and rescue control vehicle was vital to WightSAR’s operations as it provided the main hub for any live search, acting as a mobile office allowing planners to work with police to co-ordinate and enable operations. It also carried all the group’s equipment including the 12.5-metre radio mast, casualty evacuation stretchers, first-aid equipment and more.

“The current vehicle is ageing, increasingly unreliable and expensive to maintain which, frankly, undermines the group’s effectiveness. This money will enable us to purchase a second-hand vehicle and adapt it to meet our needs.

“It is great that the Foundation award comes in the very month WightSAR celebrates its tenth anniversary – it will give us all a lift as we embark on the next ten years of serving the Island – a massive thank you to Island Roads and the IW Foundation.”

WightSAR is one of the most utilised Lowland Rescue search teams per capita in the UK. The current team comprises more than 30 highly-trained volunteers, among them search technicians, team leaders, drone pilots, search planners, coordinators and first responder medics.

IW Foundation chairman Rob Gillespie said: “They have such an amazing network of trained volunteers and we are delighted to support their work by helping to provide the new control vehicle. We know it will make a real difference to the organisation and also the many people – including the very vulnerable – they help each year.”
The IW Foundation will be announcing the remaining recipients of its 2021 grant award in the coming weeks.