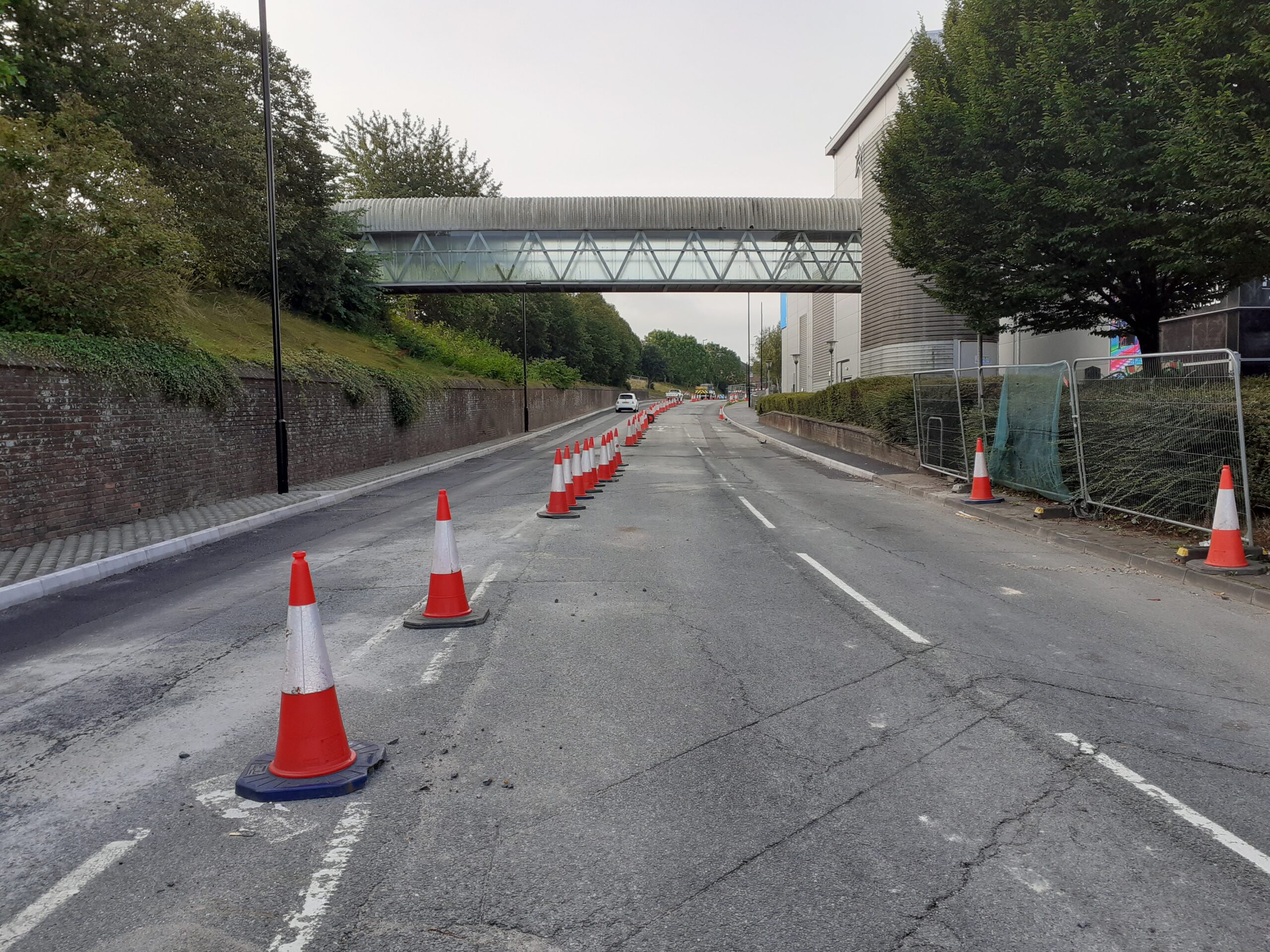 St George’s Way at Newport is set to re-open in both directions on Saturday 14 August 2021 and the diversion through the town that has been in place during work will also be lifted.

While the re-opening marks a major milestone in the road improvement project, the capacity benefits will not be realised until the road have been resurfaced and the additional lanes marked out for use.

A temporary road surface will be in place until resurfacing starts on 18 August. This resurfacing will be done under night-time closures (7.30pm to 6am) to minimise disruption when the road will be closed and a local diversion put in place. The resurfacing works are due to be completed on 27 August.

As part of this resurfacing, new road linings will be applied to create an additional lane at the Matalan roundabout to separate traffic wanting to travel right to Church Litten from that wishing to go straight across the roundabout towards Blackwater. There will also be additional lane space for traffic entering Coppins Bridge.

Colin Rowland, director of neighbourhoods for the Isle of Wight Council said: “I am pleased that this project is now coming to an end and would like to thank local residents and businesses for their co-operation and understanding during work.

“I am looking forward to seeing the benefits the scheme brings in terms of improving traffic flows at what is one of the Island’s busiest sections of highway.

“Motorists do need to bear in mind that even though the road will be re-opened shortly, the full benefits will not be seen until later this month when the resurfacing takes place and the additional lanes are marked out for use.”