Safety schemes to begin next month 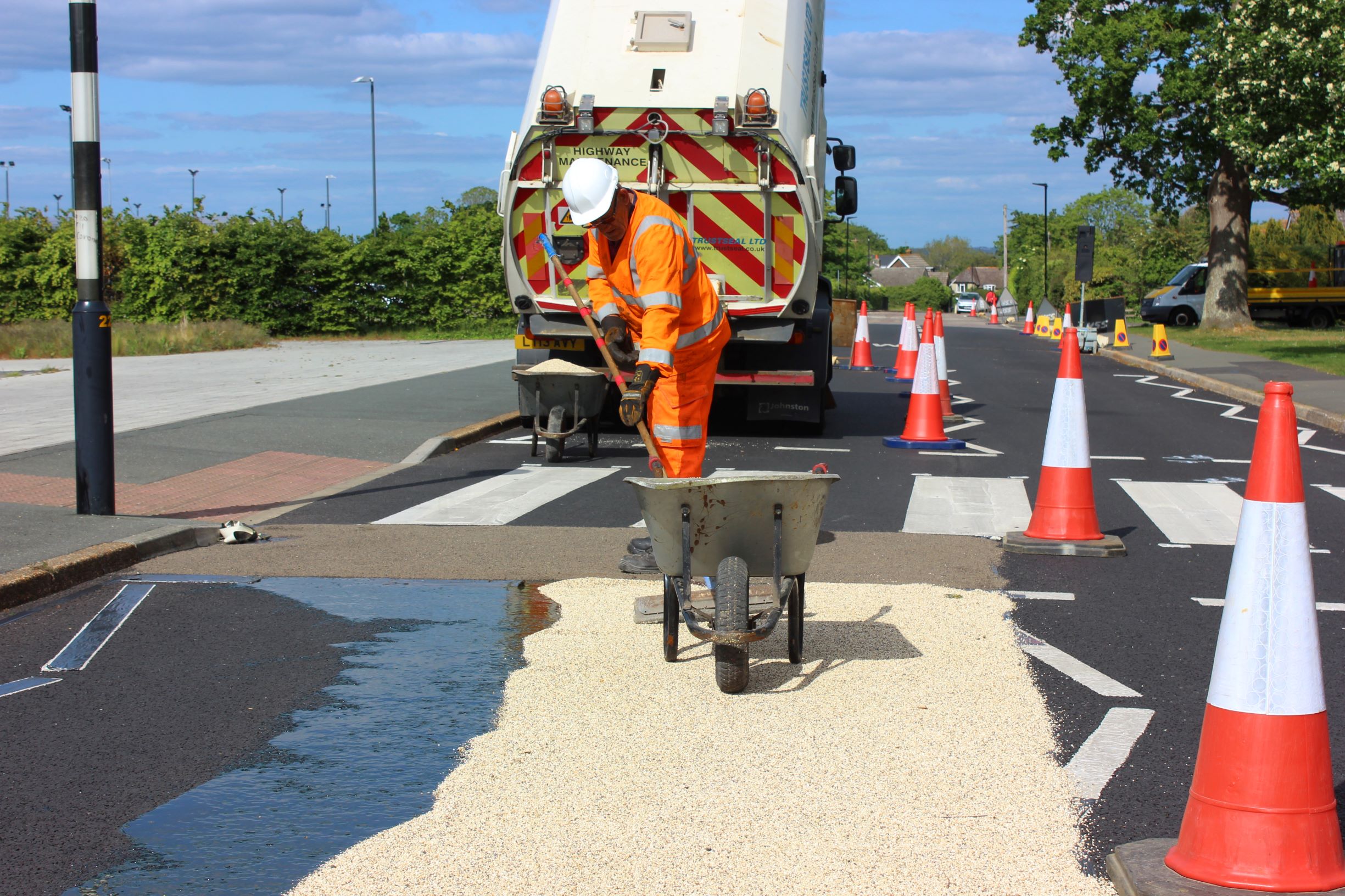 A major safety programme to lay anti-skid surfacing at locations across the Island is to start next month (April).

The work is being undertaken in April as temperatures need to be above freezing – and conditions dry – in order for the anti-skid surfacing to be laid effectively. Another programme will be undertaken after the main summer season – probably around September time.

As well as installing new anti-skid measures – or high friction surfacing (HFS) – on the approaches to junctions and traffic lights, the work will also include pedestrian crossings, cycle lanes and the introduction of bands of coloured HFS at several locations as a visual reminder of a change in speed limit between sections of the same road.

Details of the schemes will be put out on information signs at each location a day prior to work commencing.

Given the impact the weather can have on the schedule, the programme is subject to change at late notice but the intention is to start the major work around the St Mary’s junction – which is scheduled to last eight nights – on April 12. A local diversion will be in place during these night-time closures