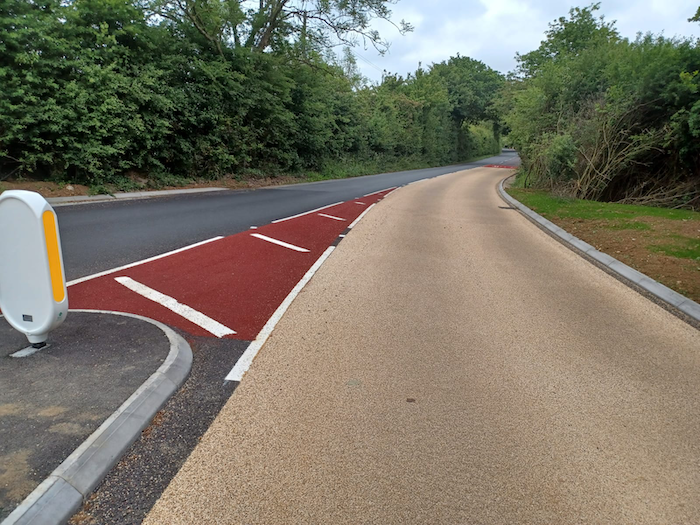 A programme of safety work to lay high-friction surfacing at locations across the Island is to begin shortly.

Island Roads will be laying new anti-skid surfacing, or replacing worn sections, at more than a dozen sites in a three-week programme starting on Cowleaze Hill, Shanklin, on Tuesday September 20.

As the sites are traditionally busy sections of the road network, all the work will be done at night under either a road closure or with temporary traffic lights in operation.

High friction surfacing (HFS) involves the application of a layer of very high-quality aggregate that helps motorists maintain better control in both dry and wet driving conditions. Typically, HFS is applied on the approaches to busy junctions, at pedestrian crossings or at sharp bends on roads with higher speed limits.

The fact HFS is usually coloured also serves as a visual reminder to motorists to take additional care.

Besides Cowleaze, HFS will be laid at the following sites:

In most cases, the work will be completed in between one to three shifts. Some preparation work, such as the replacement of the existing surfacing, may be required at some sites.

Because HFS must be laid in mild, dry conditions, the programme is subject to change depending on the weather.

Island Roads construction manager Keith Gourlay said: “Because these locations are, by their nature, busy sections of the network, we hope that working at night will reduce the impact on the travelling public. But we are sure residents will appreciate the need to keep the network as safe as possible and we thank them in advance for their understanding.”