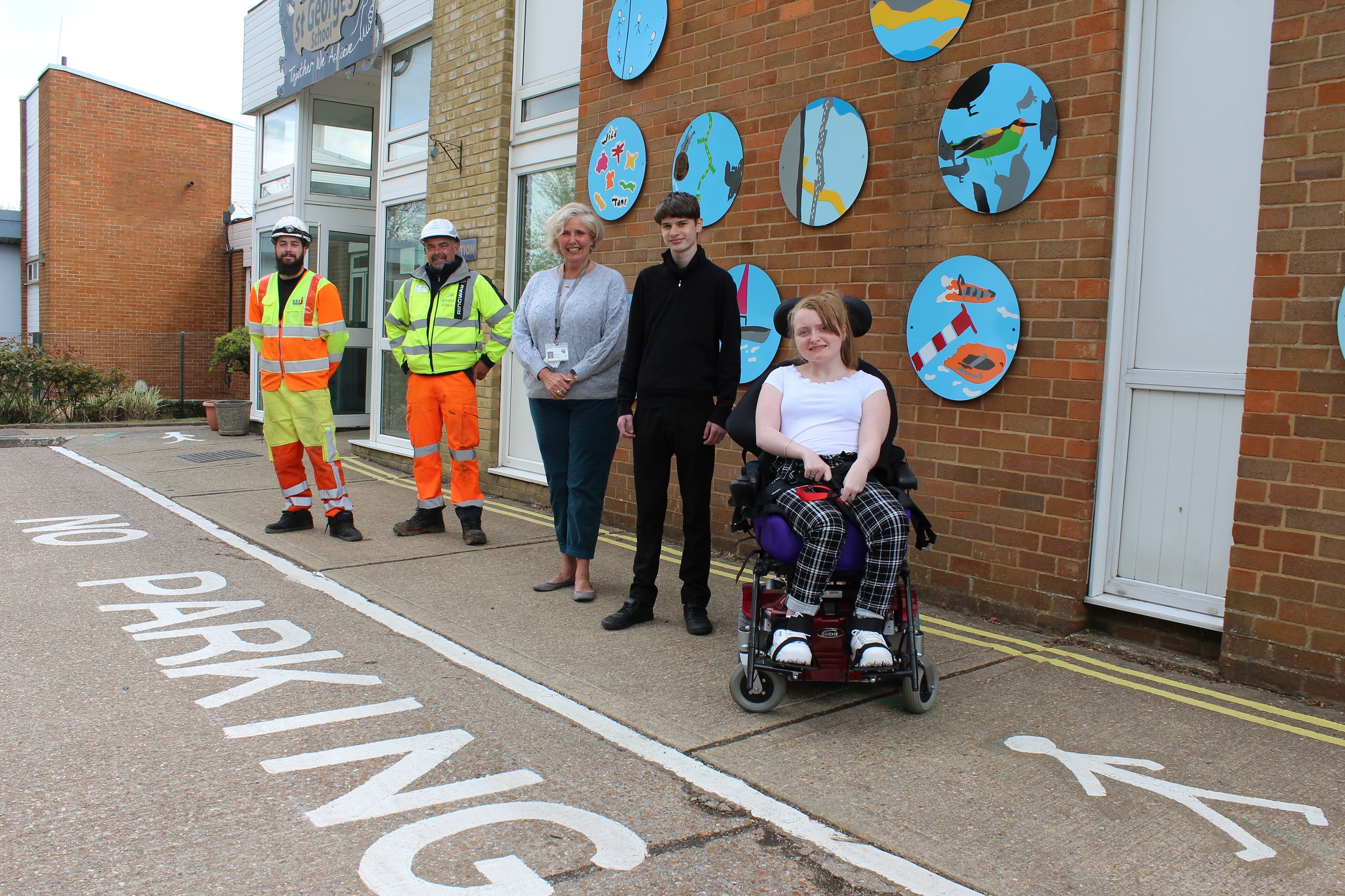 Road markings have been added to the entrance of St George’s School in Newport as part of a volunteering project by Island Roads.

The school approached Island Roads to see if it could help to improve line markings in an area at the school entrance which doesn’t form part of the public highway.

With parking limited in the area, the school was experiencing problems with cars pulling up right outside the school and obscuring the entrance. This was causing problems for those on foot and making it difficult for the school’s minibuses to manoeuvre in and out of the site.

Island Roads and their lining partners WJ South West created a designated pedestrian walkway at the entrance to the school as well as new ‘no parking’ wording and refreshed existing ‘Keep clear’ wording to improve safety for students, staff and visitors to the school.

Sue Holman, Headteacher at St George’s School, said: “As the entrance to the school doesn’t form part of the public highway we were finding it difficult to manage the traffic. We approached Island Roads to see if they could assist and they suggested their road lining team may be able to help via the company’s volunteering scheme.

“We met with Spencer Jarman from the Island Roads lining team who helpfully suggested ways in which we could add some markings to help improve the entrance. We were thrilled when he confirmed that Island Roads and their lining contractors would be undertaking the work as part of their volunteering scheme at no cost, it is such a great help to the school.

“The new road markings are working really well, and some additional lining of parking bays have really smartened up the front of the school. We are really grateful to Island Roads for all their hard work.”

The work was undertaken as part of Island Roads’ volunteering scheme where employees are encouraged to take two days paid leave to take part in community projects.

Island Roads lining supervisor Spencer Jarman said: “It was a pleasure to be able to help St George’s by improving their entrance area, we are delighted the school is happy with the results.”