Scores of structures set for 2019 upgrade 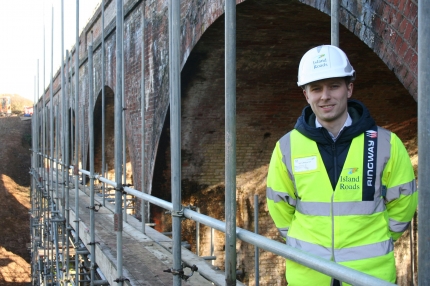 Another major programme of work to upgrade and maintain the numerous structures that support the Island’s highway network is to be undertaken next year by Island Roads.

Road bridges, footbridges, retaining walls and culverts are among more than 60 structures due for upgrade during the year.

Among major schemes will be the repainting of Yarmouth Bridge and the replacement and re-opening of Medina Quay Bridge at Newport. In both cases specialist protective coating materials will be used to make the structures more resilient to the extreme exposure conditions (including marine spray and high tides) and therefore less prone to deterioration.

Also due for replacement will be the pedestrian footbridges over the railway at Skew Bridge, Lake and at Alresford Road, Shanklin. Although the exact schedule for this work is still to be agreed, these are planned to be undertaken outside of the school term time, given the amount of children who use these structures to get to and from school.

There will be a significant amount of work to upgrade parapets, the part of structures that prevent vehicles or pedestrians falling from the highway or footway. These schemes include new restraints at Shepherd’s Chine, Atherfield and Havenstreet Stream Bridge, and also a new railing on the Whitepit Lane retaining wall.

Island Roads is also looking to strengthen the bridge that supports the highway as it crosses the Island’s steam railway line at the Ponda Rosa Bridge, Ashey.

Elsewhere, Island Roads will be using the latest UV-cured lining techniques and systems to support and waterproof the four bridges at Quarr Hill, Forest Road, near Newport, Priory Road in Old Shanklin and at Scotchell’s Brook near Shanklin. This type of lining not only prolongs the life of the structure it is favoured because it does not require a road closure during installation and minimises traffic disruption.

In other work, a 12-metre long pedestrian and cycle footbridge at Medina Park will be replaced as part of the IW Council’s Greenway Scheme while the cycle path between Newport and Sandown will be upgraded at Haseley Bridge on the Arreton to Newchurch section and Blackrock Bridge on the Newchurch to Alverstone section.

Ian Hodson, Island Roads structures manager, said: “Once again there will be a lot of activity across the Island next year as we continue to improve and maintain the hundreds of highway structures that support the road network. This intensive schedule of work, coupled with regular proactive maintenance and routine inspections, is a very important aspect of the overall Highway Improvement Programme.”

Cllr Ian Ward, Cabinet member for infrastructure and transport, said: “These projects in the highways improvement plan next year provide a significant upgrade to important parts of the Island’s infrastructure.”

The 2019 structures programme is part of the Island’s Highway Improvement Programme which is financed in the main through a grant of £477 million awarded by the Department for Transport.