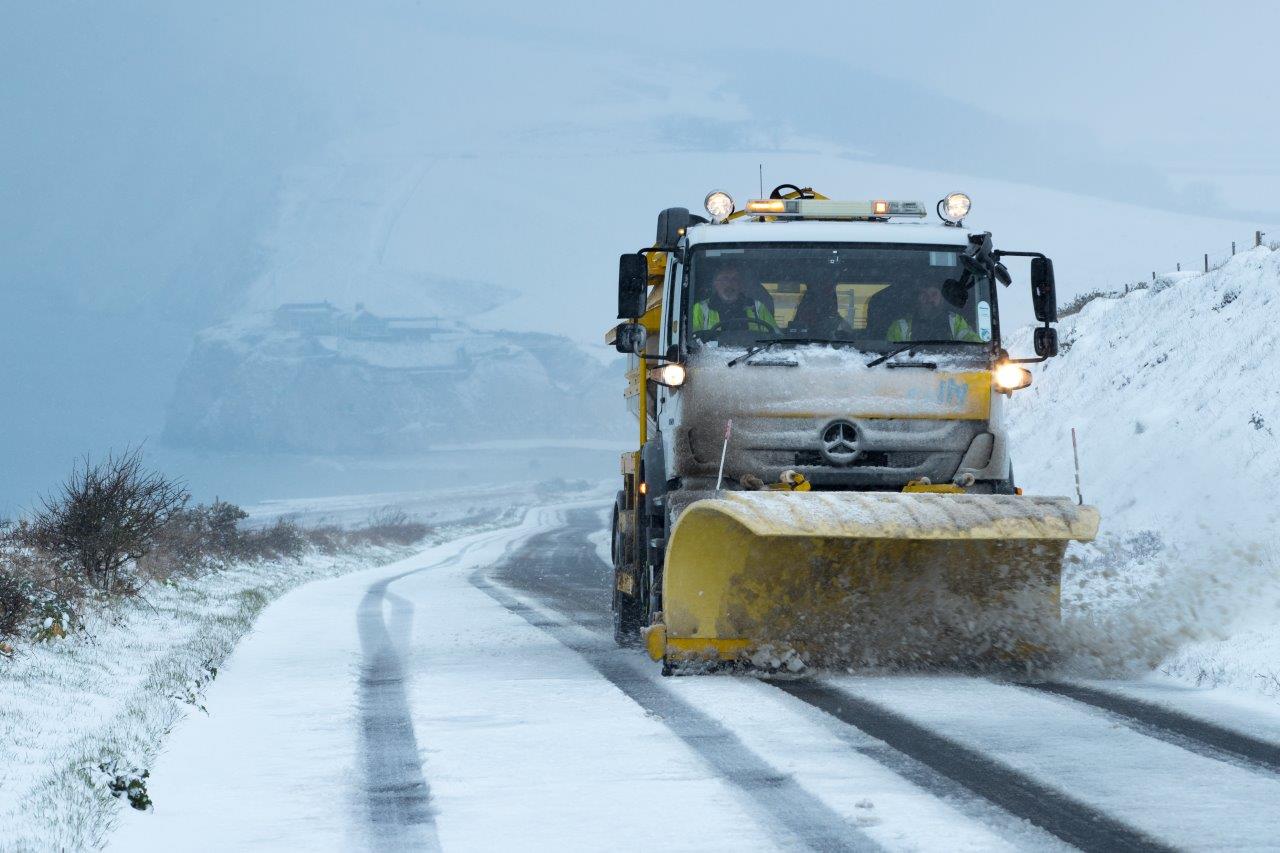 Island Roads has reached the end of the traditional winter maintenance season with 2020/21 proving the second busiest year since the Highway PFI began in 2013.

Between October and the end of March, Island Roads carried out 51 gritting runs depositing a total of nearly 1,000 tonnes of salt on the network. That level of activity was eclipsed only in the 2017/18 ‘Beast from the East’ winter when 1,456 tonnes of salt was used on 53 runs.

Though the ‘Beast from the East’ winter saw dramatic snowfall, this year’s high level of activity was the result of prolonged periods of freezing weather.

This year there was more than twice the volume of the salt used and double the number of runs than in the preceding winter, 2019/20, (23 runs and 423 tonnes).

A decision on whether to treat the network is taken following a daily review of bespoke weather reports, plus local observations and taking into account readings from two weather stations on the Island at Brading Down and on the Middle Road. These two stations represent one of the highest points on the Island and one of the lowest.

Dave Wallis, Island Roads operations and maintenance manager said: “It has been a busier than normal year and I am sure residents would join me in thanking our crews who have had, on occasions, to work in some very inclement conditions in order to keep the network safe.”

Though at the end of the traditional winter maintenance period, Island Roads will be ready to return with its gritting fleet should any unseasonably cold weather develop in the coming weeks.