Survey invites residents to have their say on highway improvements 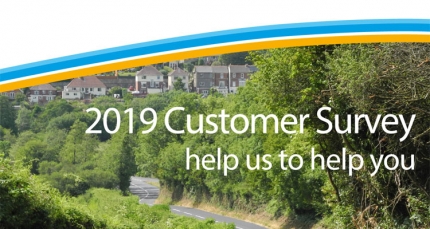 Residents are, once again, being asked for their feedback on the services being provided by Island Roads as part of its work to improve the highways network on the Island.

When it launches on Friday 1st February, it will be the sixth such annual survey in which the public has been asked to rate Island Roads’ performance on many aspects of its work from road surfacing and maintenance to street cleansing, verge and grass cutting and its customer service operations.

The results are used to help Island Roads improve its performance year on year.

Since the start of the programme around 82% of main roads have been improved including iconic roads such as the Military Road which has now been upgraded along the entire 12-mile stretch.  Bridges such as those at Wootton and the viaduct at Brighstone have also been improved across the Island.

Stephen Ashman, Island Roads service director, said: “The annual survey gives us really valuable feedback about where residents feel we are performing well and where they feel there is need for improvement. We are committed as an organisation to performing to the highest standards and of course we have many mechanisms built into our Highways Improvement Programme to ensure we deliver on that but hearing the views of residents is also very important to us.”

Mr Ashman added: “Having upgraded a significant percentage of main routes, this year will see more work to improve residential streets as well as our year-round maintenance programme and we hope these improvements will continue to make a real difference to residents on the Island.”

Island Roads is working in partnership with the Isle of Wight Council to deliver the Island’s Highway Improvement Programme which is financed in the main through a grant of £477 million awarded by the Department for Transport.

Copies of the survey will be available to complete online via https://www.surveymonkey.co.uk/r/IslandRoads with hard copies also being made available in all public libraries, County Hall reception, IW College and Island Roads’ HQ at Daish Way, Newport. A link to the survey will also be shared on social media. Residents will have until Friday March 1st to complete the survey.