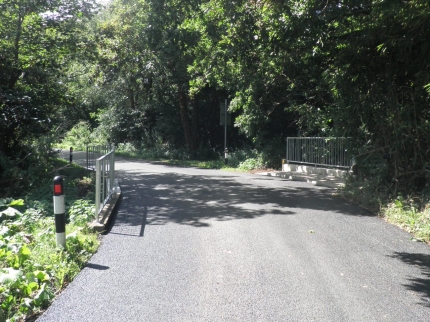 Blackbridge at Blackbridge Road, Freshwater, and the Bridge 600m south of Yarmouth Mill that forms part of the Freshwater to Yarmouth cycle way are now fully open following the recent work under the Highways PFI.

At Blackbridge, the complete deck – or main span – has been replaced, a new parapet installed and the section of road either side resurfaced. The road closure in place to allow the work has now been lifted.

At Yarmouth Mill, the challenge was to complete the strengthening of the structure by again installing a new deck whilst maintaining access for those using the popular cycle route. To do this a temporary footway was constructed alongside the bridge allowing the route to remain open for all but two shifts.

The bridges are amongst more than 60 highway structures – bridges and retaining walls – being improved by Island Roads this year.

Ian Hodson, Island Roads structures manager, said: “We are pleased that both bridges are now back in full use in time for the peak summer season.  The works will ensure these bridges are able to accommodate their specific traffic for many years to come.”