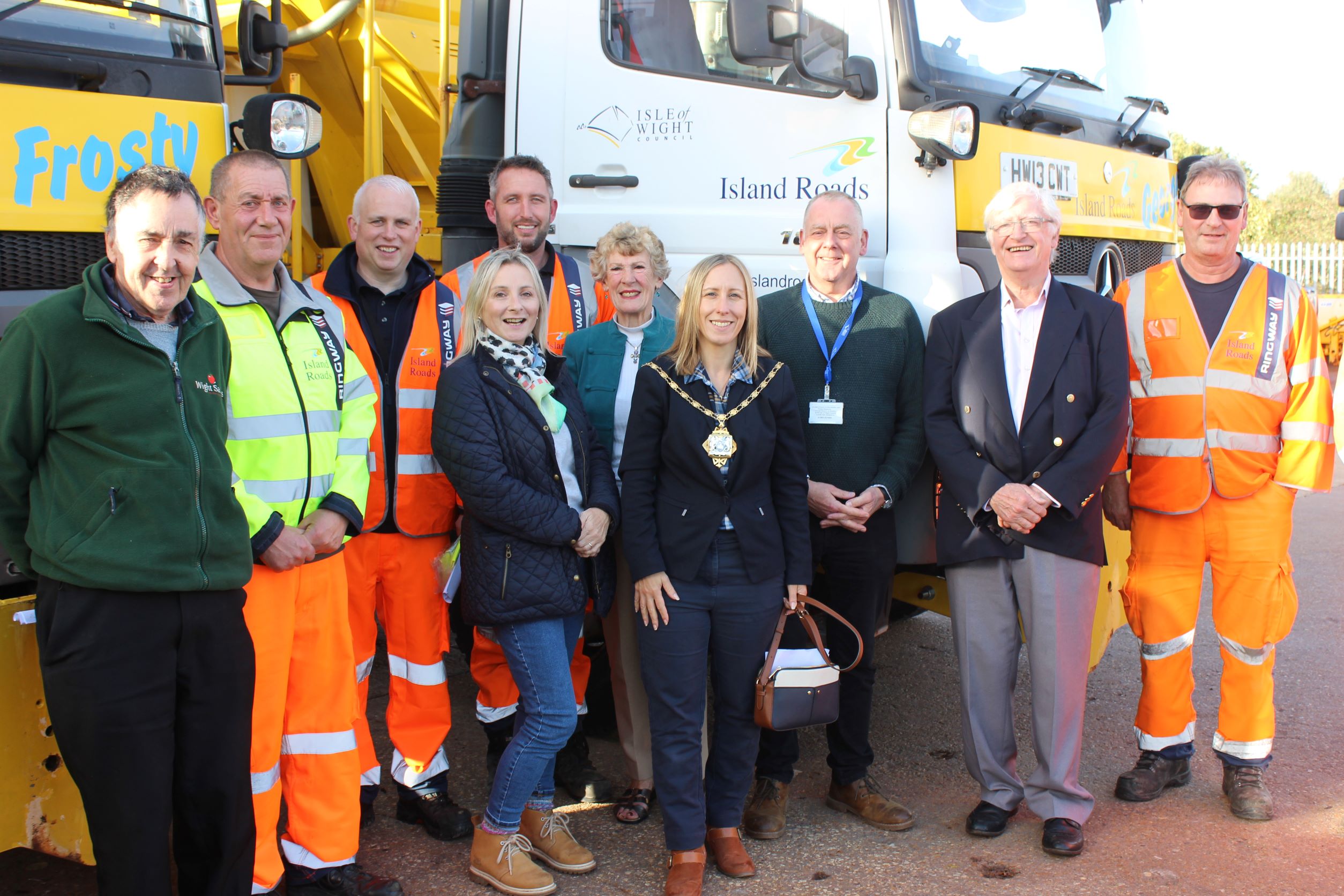 As Island Roads gears up for the winter season, IW Council members have been seeing first-hand the work that goes into keeping the network safe during cold conditions.

Elected members were invited to Island Roads’ winter maintenance HQ at Stag Lane to learn more about the highway PFI company’s work to grit the network in the event of freezing weather. They were also given the chance to accompany a gritter driver on a short practice run.

“Our winter maintenance activity creates a lot of public interest so we thought it would be a good idea to invite local elected members along so they could see first-hand all that is involved,” said Island Roads maintenance and operations manager Dave Wallis.

“We hope they found the visit informative and that they are now even better placed to answer any queries on the subject they receive from their constituents. We’d like to thank councillors for their interest.”

IW Council chairman Claire Critchison, along with daughters Leah, 12 and Alice, nine, was among members present.

Cllr Critchison said: “We may take it for granted that the gritters will be out to prepare the roads for freezing weather but it was interesting to see exactly what is involved in the process and how much work goes into ensuring the fleet is ready to spring into action.”

The winter maintenance season runs between November 1 and March 31 although resources are ready to be deployed outside of these months if necessary. Decisions on whether to undertake a gritting run are made based on bespoke, localised, weather information as well as readings from our own weather stations at Duxmore on Arreton Downs Road and Rowridge on the Middle Road at Calbourne.

Island Roads has a gritting stock of 1,600 tonnes at the start of the season – well in excess of what would be needed for even a severe winter.

There are no changes to this year’s gritting routes which will again focus on keeping the Island’s main roads and those connecting towns.  Around 350 kilometres – some 43 percent of the network – are treated during gritting runs.

The gritting routes – which are set by the IW Council – and other information on the winter maintenance service can be viewed here https://islandroads.com/winter-service/

A short film highlighting some of our winter maintenance activity can be viewed here https://youtu.be/OMt3WP2Ea0A

This weekend Island Roads will be holding the annual ‘Autumn Parade’ a day of activity to ensure the fleet and its drivers are fully prepared for the winter ahead. As a result, you may see gritters out on the network.