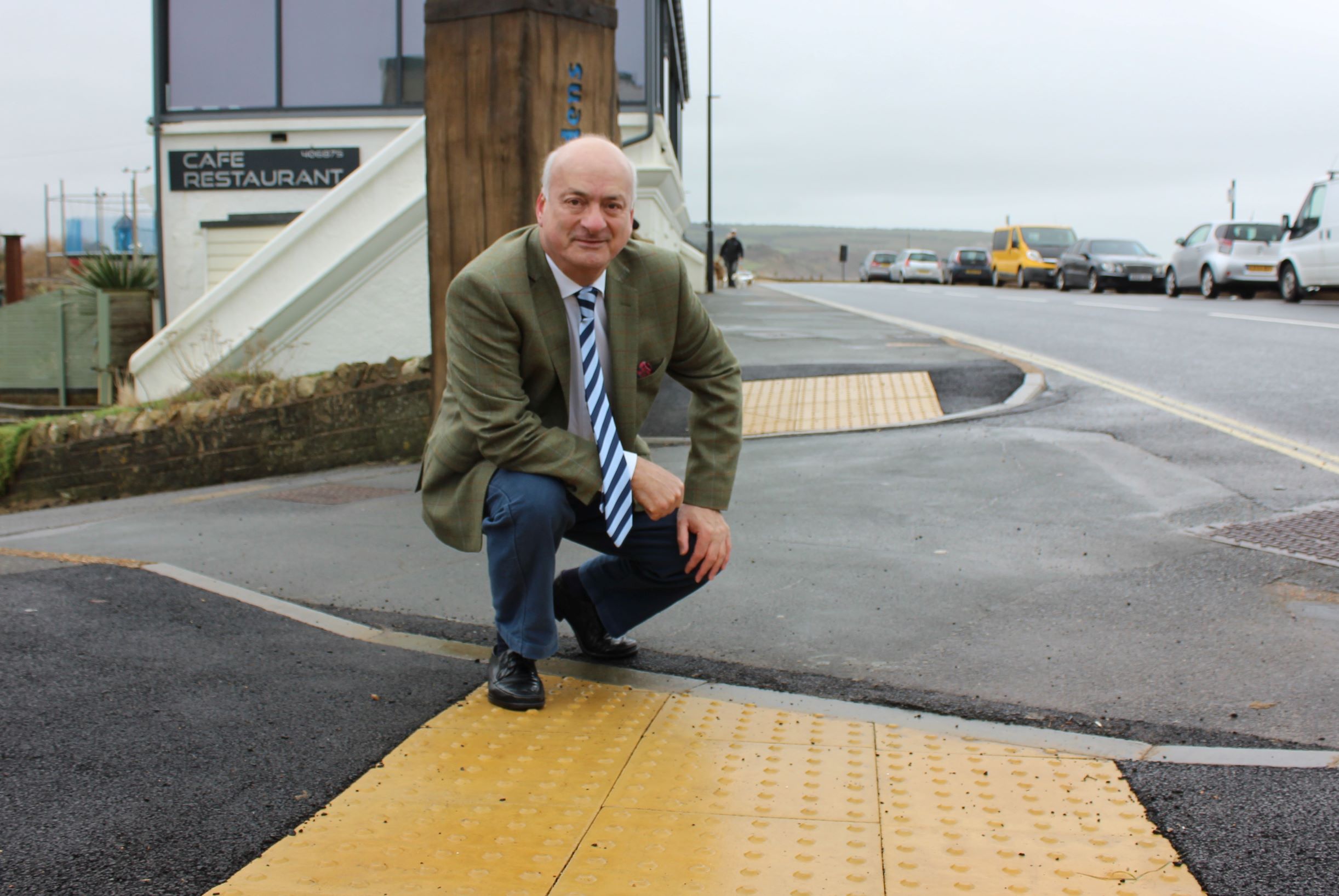 A comprehensive programme of work to improve pedestrian accessibility is underway and will continue throughout 2021 and beyond.

Making the network safer and easier to use by all pedestrians is a priority for the IW Council and Island Roads and both are working together on a series of such improvements across the Island this year towards that aim.

Island Roads is currently installing dropped kerbs and tactile paving in an initial phase of work at six locations. These sites are at Queens Road and Carvel Lane, Cowes, Culver Parade at Sandown, Springvale Road at Seaview and two sites in St James’ Street, Newport.

From April, Island Roads will begin similar improvement work at 22 further, yet to be agreed, sites under the Highways PFI contract while the IW Council is also looking to make accessibility improvements at around ten other sites. In most cases these will be pedestrian crossing points with dropped kerbs and tactile paving.

All this work is on top of improvements made at 50 locations under the Highways PFI in recent years, often as part of wider footway resurfacing schemes. In addition, other improvements such as the enhanced pedestrian crossings at many Newport locations, Main Road Shalfleet and at Newport Road, Lake have also been undertaken in partnership with the IW Council.

“The council is keen to make the network accessible and safe to all users whether that be pedestrians, car users or cyclists,” said Ian Ward, IW Council cabinet member for regeneration and transport.

“On one hand we are delivered large schemes such as St Mary’s junction improvements which fundamentally change the way people travel on the network, easing congestion and reducing journey times. But we know also that there are other more simple and localised steps we can take that make a real difference to pedestrians, including those with prams, or who have visual impairment or mobility issues.”

Stephen Ashman, Island Roads Service director, said: “Through contact with organisations such as Isle Access we know that small changes do have a really positive impact for many people.

“We look forward to working with the IW Council to continue this important work to improve pedestrian accessibility for all.”